The Canberra Raiders secured their third win in-a-row after they defeated the St George Illawarra Dragons 22-18 at WIN Stadium.

Victory for the Raiders sees them continue one of the more remarkable winning streaks in the competition, with the last Dragons win coming in 2007, with the Red V having a 1-17 record since that time.

The Raiders were not at their best in what was a scrappy game, but a try before and just after half-time proved vital for the away side.

Canberra captalised on a penalty by their opponents with the ball shifting the left allowing Joel Edwards to crash over to score just his second NRL try.

Jarrod Croker continued his excellent form with the boot in 2013 as he landed the sideline conversion to make it 6-0.

St George looked to have their first try when a Mitch Rein grubber ricocheted before Ben Creagh interfered with the play from an off-side position. 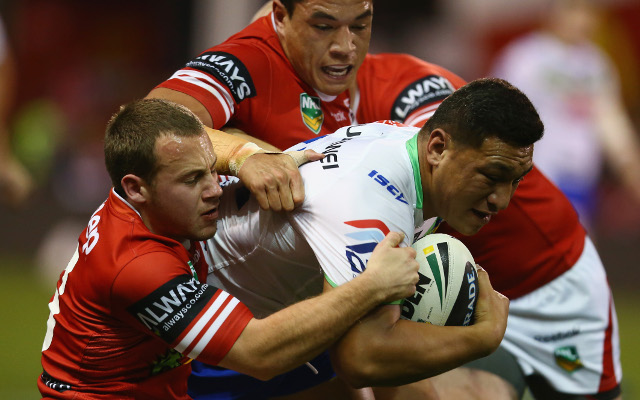 Both sides struggled to put together cohesive phases in attack as plays often broke down with no real direction on display.

Paul Vaughn coughed up the ball for the Raiders on his own 20m line, but it came to no end as Jarrod Croker plucked a pass out of the air.

The Raiders centre then sprinted 95m with the video referee saying no try after Croker’s hand touched the sideline while making a spectacular dive for the corner.

However, it was another lost opportunity for the Dragons who continued to rack up the tackles inside their opponents’ 20m area without being able to crack the line. 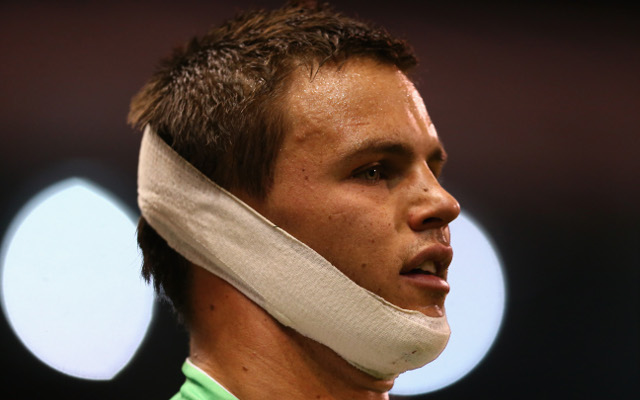 Josh Dugan needed treatment after falling into the tackle of Joel Thompson awkwardly with his neck and head being twisted after the collision.

As a result the tackle was put on report in what was a harsh call against the Canberra side.

A line-break by Rein saw him find Jack Stockwell saw him crash over for his first NRL try
with Chase Stanley adding the extras to lock the scores up.

Canberra hit back quickly when Reece Robinson scooted across in the corner as the
Raiders showed great structure and back-up play to create the space out wide for their winger to
score.

From nowhere the Raiders snuck ahead at half-time 10-6 after Croker missed the conversion.

The away side got the perfect start to the second half when Shaun Berrigan scored easily as the burst through some weak defence around the ruck by the Dragons, with the score back out to 16-6. 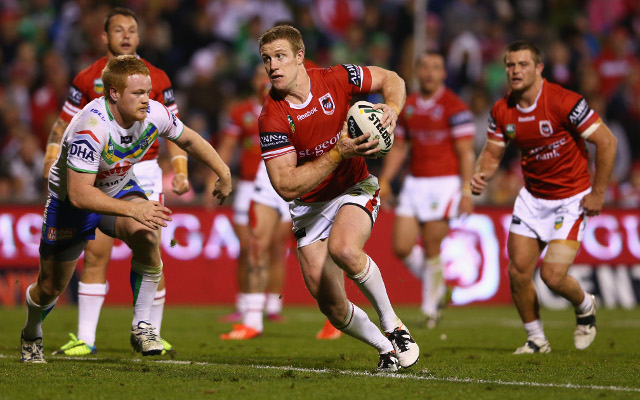 Bronson Harrison stormed his way across the line to keep the Dragons in the game at 16-12.

Anthony Milford then scored to give the Raiders their 10-point lead again as time began to run out for the home side.

However, a regathered chip-and-chase and a penalty in the tackle gave the Dragons the momentum they needed but again the Dragons could not crack the Raiders’ line.

Creagh was then held-up close to the line but the home side gained a penalty from a high-tackle leading to Brett Morris grounding a grubber early in the tackle count.

The video referee confirmed the try and Stanley nailed the conversion to crucially bring the margin to less than converted try. 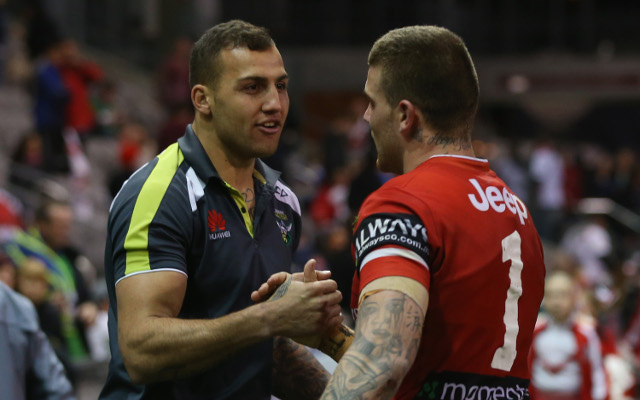 Canberra looked to have scored the winner after Sandor Earl took a high ball before off-loading to Glen Buttriss but the video referee ruled the Raiders’ hooker was inside the 10m area.

Dugan night ended early when he copped an accidental knee to the head from Jason Nightingale who leapt high to take a bomb.

Eventually the Dragons fullback made his way off the field looking in a bad way, putting his place in the side next weekend in doubt.

The win for the Raiders sees them move into sixth place on 24 points while the Dragons are out of the race for the finals down in 14th place three wins adrift of the top eight.