Parramatta have dropped their eighth game in a row to equal their worst losing streak in the past 20 years, after being beaten by the Canberra Raiders 14-0.

In freezing conditions in the nation’s capital the sides battled it out but the Eels simply did not have the firepower needed to wrestle back control of the game.

The home side scored converted tries through Jarrod Croker and Sami Sauiluma before neither side could breach the try-line in the second half. 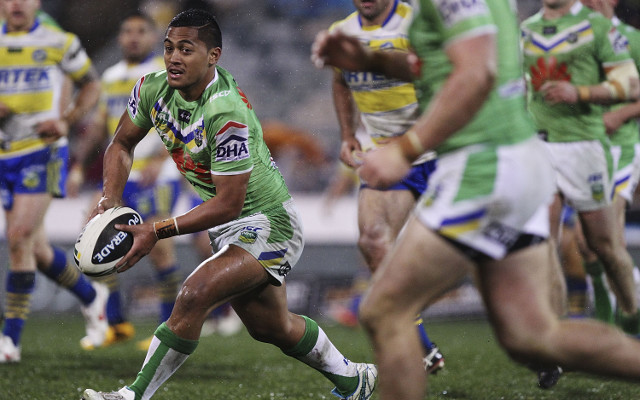 Parramatta finished the game with only 12 men after Joseph Paulo was sin-binned in the 74th minute, his indiscretion leading to the lone points of the second stanza – a Jarrod Croker penalty goal.

While their potency in attack was lacking, Parramatta were unlucky to leave the venue scoreless after having two suspected tries overturned by the video referees.

The second came with 12 minutes remaining, when Ryan Morgan appeared to have scraped across following a slick movement that featured a chip kick for fullback Jake Mullaney.

But despite the on-field referee signalling a try, the upstairs men ruled that Croker had carried Morgan into touch.

Parramatta coach Ricky Stuart continued to look for positives in his side’s performance despite finals being well out of the reach for this year.

“Everything I asked them to do, they did tonight,” Stuart said.

“You don’t play in tougher conditions in the NRL than down here, but we were tough tonight.

“A number of players were very good tonight. Reni (Maitua) played his best game all year, and Darcy Lussick was good as well.” 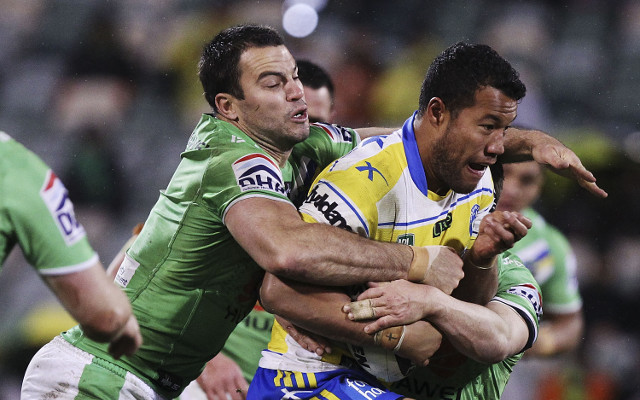 Canberra moved into the top eight with the victory, their ninth of the season, as they prepare to play St George Illawarra Dragons next weekend.

Parramatta, who are four points adrift at the bottom of the ladder, will face off against the Canterbury Bulldogs at ANZ Stadium in round 20.