Musician Ed Sheeran and cricket legend Shane Warne have been friends since last April when the Daily Mail reported that the pair partied at a Kylie Minogue concert in Melbourne.

It seems the duo’s friendship has blossomed, with the pair, on Monday night, meeting up once more in the Australian city, as the singer was in Melbourne for a gig at the Rod Laver Arena.

Warne posted on his Instagram page a photo of himself and Sheeran, as the pop star held a signed cricket bat by the sports legend, with the caption – ‘Hanging with this legend & good mate!’. 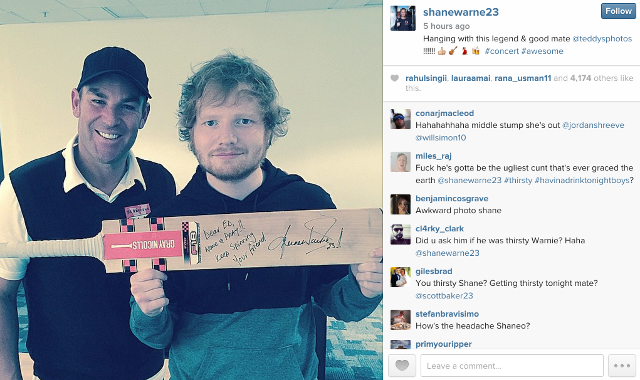