Irish legend beleives fans will move on quickly after he finishes playing.

“In no time, no one will remember me.”

Of all the words that will be written and spoken about Ireland rugby great Brian O’Driscoll as the gifted centre enters the final fortnight of his Test career, surely none will prove so wide of the mark as his own absurdly modest self-assessment delivered this week.

Far more likely is that when O’Driscoll’s youngest admirers are themselves old men they will reminisce fondly about having seen him in action just as their forebears talk of Jack Kyle, Ireland’s brilliant 1948 Grand Slam-winning fly-half, Willie John McBride, the second row colossus and captain of the all-conquering British and Irish Lions in South Africa in 1974, or that other great Ireland stalwart of the 1960s and 1970s, Mike Gibson — arguably the only player who can top ‘BOD’ as Irish rugby’s best all-time centre.

That celebrated trio of Irish rugby greats all come from the British-controlled province of Northern Ireland, whereas O’Driscoll is from the independent southern Republic, a distinction that matters less in rugby union than many other sports given the 15-man game remained an all-island-of-Ireland affair even after partition in the 1920s.

But Gibson and O’Driscoll do have some things in common.

Gibson retired as the world’s most-capped player, with 81 Tests to his name, including 12 for the Lions, in 15 years.

Meanwhile this weekend, in his final home international before retirement, 35-year-old O’Driscoll will appear in a record-breaking 140th Test (including eight for the Lions) in 15 years as Six Nations leaders Ireland face Italy at Dublin’s Lansdowne Road.

O’Driscoll, who made his debut in 1999, was one of the first purely professional-era top-flight rugby union players in an age of ever more Tests (Six Nations, not Five, World Cups and several internationals every November).

Not that O’Driscoll, who has transformed himself from a youthful dasher with an eye for the gap to a master defender in the often brutal world of modern rugby union, was one for misty-eyed memories.

“The game will be vastly different in 10 years again, though. We’ll look back at footage of this weekend and think, ‘God, they had it easy back in 2014!'” he said.

O’Driscoll, who played a central role in Ireland’s 2009 Grand Slam, added: “I’d like to be remembered just as a team player, someone who was about winning as a collective.

“Beating England at home, 2005 to 2011, four on the bounce, they were big victories because of the calibre of the team you were playing against. Australia, South Africa too.

“Those were one-off wins but more it’s really about the ones that have led to winning silverware, Triple Crowns or the Slam.”

As for retirement, O’Driscoll said: “It will be hard being in an environment I’ve been in my whole adult life, then the next day I’m not, but I see it being time to move on to pastures new and not many people get to do that on their own terms, so I’m thankful.

“I’m excited about it being my last home game, for sure, it’ll be one to remember, but more importantly, it’s an opportunity to put ourselves in a position to win the Six Nations.

“The head is still willing, but the body not as much. I want to get out of the game relatively unscathed.”

O’Driscoll really made his name in Test rugby by scoring a hat-trick out of what is now a tally of 47 international tries, against France in a 27-25 victory in 2000 — Ireland’s first win in Paris in 28 years.

France in Paris on March 15 is current leaders Ireland’s final Six Nations fixture this season and ought to be the last match of O’Driscoll’s Test career.

“I’d like to think we’re well down the road from where I came in,” he said of the overall improvement in the Ireland side since his debut.

“Well down” certainly but not quite yet done. Sport doesn’t often produce fairytale finishes but not even the most hardened French fan would begrudge O’Driscoll a fond farewell. 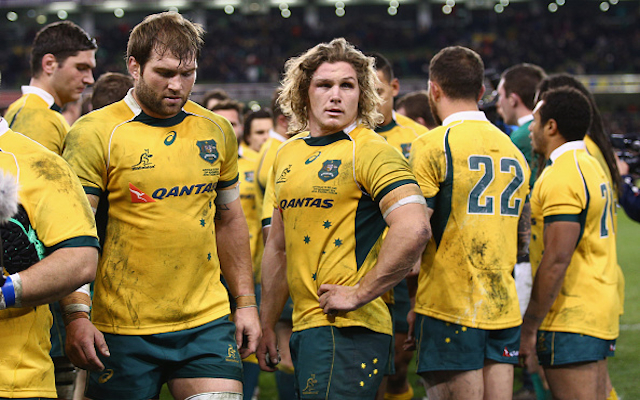