The prolific fullback now has 130 tries in just 177 career games with the man-of-the-match securing the milestone try in just the fifth minutes. 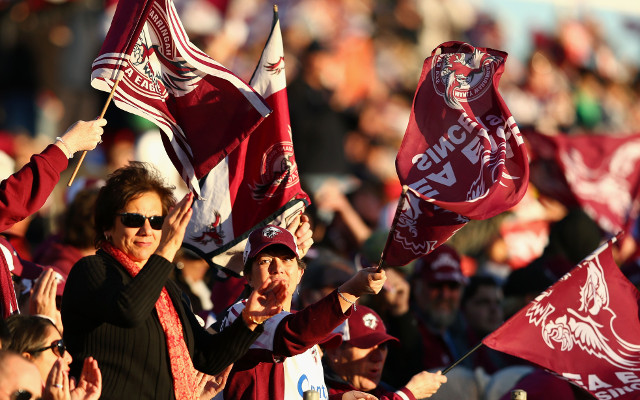 As a result Stewart passed club-great and Immortal of the game Bob Fulton, before going on to set up three more tries in a sensational individual performance.

On a day where records tumbled, Jamie Lyon scored his 100th try for Manly, fittingly with Stewart throwing the last past.

Manly cruised to a eight tries to four victory and the final margin would have been even bigger if Lyon did not miss five conversion attempts. 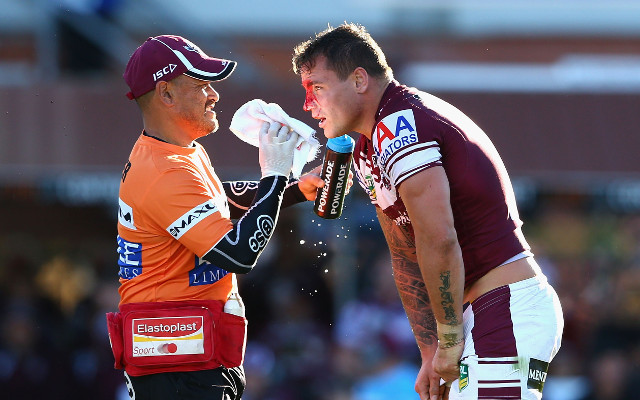 The win sees Manly cement their place in the NRL top four and back in the conversation of title contenders for 201, now the representative season has passed and they have close to a fully-fit team on the park.

After Stewart’s early try the Titans hit back as Kevin Gordon left his opposite number David Williams in his dust to score in the corner.

Williams made up for his mistake in defence soon after, as he made the most of some excellent skill from Stewart to make the score 12-4. 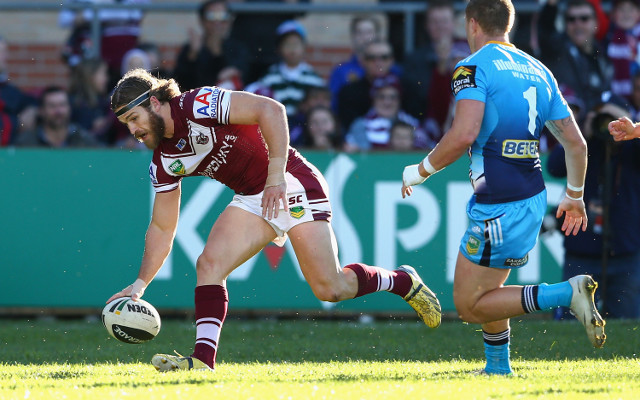 The score then blew out as the Sea Eagles scored three times in seven minutes through Lyon, Steve Matai, and Jamie Burher as the score became 24-4 after 34 minutes.

A try to David Mead on half-time gave the away side some hope of a comeback victory, but that was snuffed out late as Jorge Taufua and Nick Skinner crossed for tires.

Manly will be looking to use the momentum of their third win in a row when they tackle the Wests Tigers next weekend, while the Titans will have another tough take, when the take on South Sydney at Skilled Park.