The San Diego Padres have signed starting pitcher James Shields to a four-year contract after he spent two seasons with the Kansas City Royals.

Free-agent starting pitcher James Shields has finally found a new home after being in limbo for a long time despite being a consistent, reliable pitcher.

The Padres capped off their flashy offseason with the signing of Shields, and they have now made major improvements in their hitting and pitching.

First-year general manager A.J. Preller has been aggressive since replacing Josh Byrnes, who was always too conservative and was unable to provide the Padres with enough talent to contend for the playoffs.

Shields went 14-8 with a 3.21 earned run average and 180 strikeouts in 2014 for the Kansas City Royals while helping lead them to the World Series.

His presence gives the Padres an even stronger starting rotation with other reliable starters Tyson Ross, Ian Kennedy and Andrew Cashner. They will look to take the Padres to the playoffs for the first time since 2006.

The Padres are expected to pay him between $72 million and $80 million over the course of his four-year contract.

The biggest remaining free agent has finally signed. The #Padres & RHP James Shields have agreed to a four-year deal http://t.co/lMlcKLSrHE 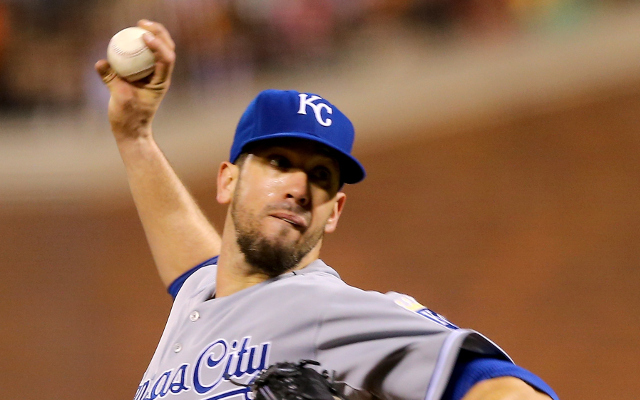