We take a look at the performances of the Brazilian and Colombian players as the hosts scrape through to the semi-finals of the 2014 FIFA World Cup by the skin of their teeth.

The hosts have made it to the last four of the World Cup, with Luiz Felipe Scolari’s Brazilian charges edging past Colombia in a highly-charged match in the Northern port city of Fortaleza.

Goals from centre backs Thiago Silva and David Luiz were enough, with the latter scoring a stunning 30-yard free-kick that put Brazil 2-0 ahead when they found themselves under a great degree of Colombian pressure.

Tournament star James Rodriguez pulled one back from the penalty spot late on, but it wasn’t enough for Colombia who crash out after a fine campaign. 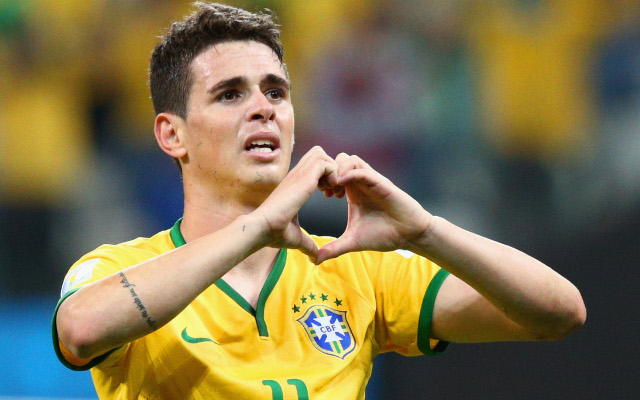 6 – Didn’t have many saves to make as Colombia struggled to carve out clear cut chances on goal, but was hesitant in coming off his line to concede a clumsy penalty, an incident that he was fortunate not to see a red card for.

8 – Bringing the AS Roma star back into the fold proved to be an inspired decision by Scolari, with the former Manchester City right back giving Victor Ibarbo no change before he was hauled off at half-time.

7 – Another dominant and commanding display from the Brazilian captain, who put his team in front, but most lose a mark for the absurd challenge on goalkeeper David Ospina that saw him pick up a yellow card that rules him out of the semi-final against Germany.

8) – With Silva not the most vocal of captains, David Luiz has emerged as Brazil’s de-factor leader. He was immense once again, whilst his free-kick that settled matters will become one of the iconic moments of the competition.

6) – Not as much of a threat going forward as usual, but like the rest of the Brazilian back line he was largely solid despite looking like he could be susceptible if targeted ruthlessly.

7) – Took on a huge amount of defensive responsibility with Luiz Gustavo suspended and was largely excellent, albeit incredibly luckily to escape a booking for the second game running.

5) – It hasn’t happened for Tottenham Hotspur’s Paulinho and he was once again peripheral, offering little in defence or attack. Likely to be dropped for Gustavo for the summer.

6) – Hulk keeps going, but his clumsiness is one of the things that makes this Brazil side so much of a chore to watch. Twice failed to really test Ospina when he should’ve done better.

5) – Looks absolutely spent, once again failing to offer anything to the match. Has endured a frustrating tournament after shining so brightly in the opening victory over Croatia.

6) – It wasn’t the best of nights for Neymar, who struggled to make any great impact on the match before he was stretchered off late into the game with what seemed to be a serious back injury.

4 – Offered next to nothing once again, the Brazilian forward would surely have found himself dropped by now if Scolari had any real options to bring in to replace him.