Liverpool star Luis Suarez may have scored 31 goals already this season, but hasn’t racked up the best goalscoring percentage as stars from Arsenal and Chelsea. Read the full list here: 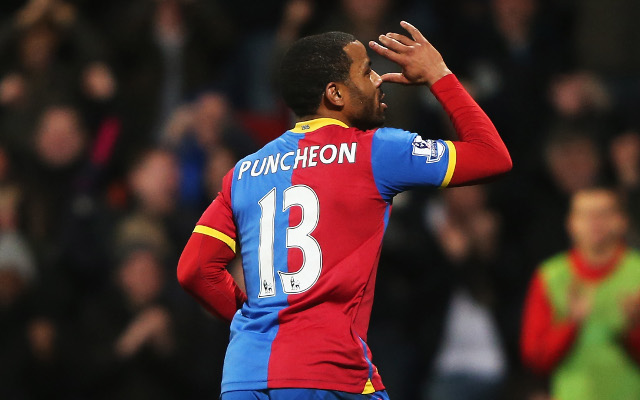 Crystal Palace winger Jason Puncheon was once considered a figure of fun, having needed to go for a toilet break in the middle of a match while playing for Southampton last January.

This season he has established a more credible reputation for his skills on the pitch, and though he has managed just seven goals in a low scoring Eagles side, each of his strikes has been crucial in helping Tony Pulis’ side climb up the Premier League table.