Dueling custodians to be a highlight of South Sydney, North Queensland clash.

It will be a battle of David versus Goliath when the South Sydney Rabbitohs and the North Queensland Cowboys face off this weekend in the NRL.

More specifically it will be a battle of big and small from the number one jerseys as two of the most exciting fullbacks in the game lock horns.

Souths custodian Greg Inglis has lived up to the hype yet again this season and was recently named in a poll by his peers as the best player in the game.

And give his recent form of the Rabbitohs it is hard to argue as South Sydney have soared into title contention on the back of their 7-1 start to the season.

In a sign South Sydney will be a contender at the end of the season is their new-found ability to grind out close games.

The last four wins have all been close, with the biggest margin being 14 last weekend as they finished off the Brisbane Broncos.

Souths coach Michael Maguire has named a strong side again with no major changes.

Standing opposite Inglis is the Cowboys little genius Matt Bowen. 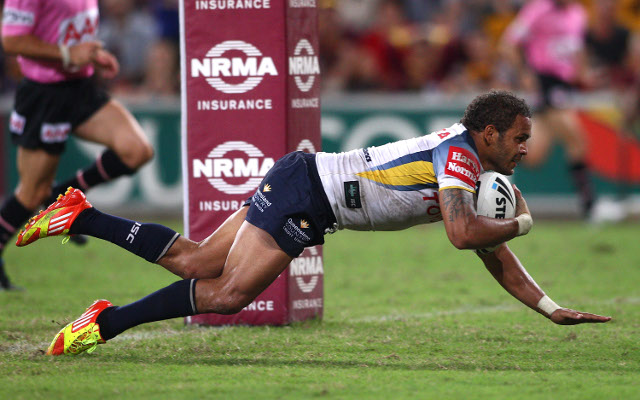 While he might be close to the end of his career than the start, Bowen has lost none of the spark at the back that has made the Cowboys one of the more exciting sides in the competition.

His combination in attack with star Jonathan Thurston has at times mesmerized teams, but not so much this season.

The Cowboys have not been able to string together consecutive solid performances too date this season, but will be chasing their third win-in-a-row when they tackle the Rabbitohs this weekend.