Roland Dane has laid the blame fair and squarely on driver Jamie Whincup after the #1 Red Bull ran out of fuel on the final lap on Sunday.

Red Bull Racing boss Roland Dane has blamed series leader Jamie Whincup for ignoring orders to save fuel and costing them victory at the Bathurst 1000.

The five-time V8 Supercar champion was urged by engineer David Cauchi and team manager Mark Dutton to save fuel in the dying stages of Sunday’s race.

But the 31-year-old ignored advice and continued to push, gaining a three-second lead over the second-placed Ford pairing of Chaz Mostert and Paul Morris.

He eventually ran out of fuel on the 161st and final lap, leaving the door open for a second Ford Performance Racing win in as many years.

Whincup crawled over the line to finish in fifth.

“He has won a lot of races for us, and he has now lost a race for us that is one of the biggest ones,” Dane told the V8 Supercars website.

“One hundred per cent that was against our advice and that’s just not clever.

“And that is disappointing that we didn’t manage the fuel as well as we could have done.”

Whincup was unapologetic after the race, saying he wasn’t interested in conserving fuel and finishing in second.

“There were two options in my head: conserve the amount of fuel they wanted me to conserve and run second, or go all out and try and win the race,” he said.

“We went all out and ended up finishing fifth.”

It was just the second time in ten years Triple Eight Racing had missed out on a podium spot at Mount Panorama. 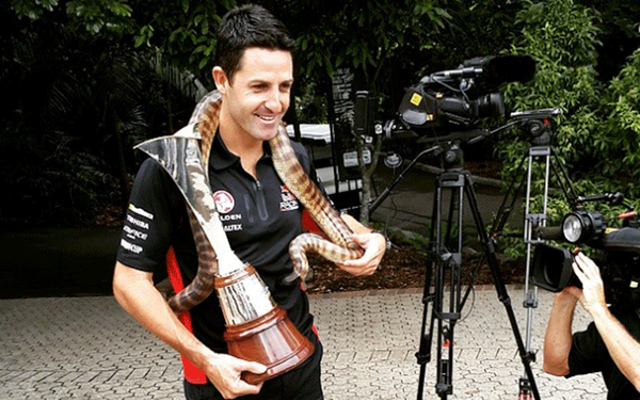