Scans came back positive for a sprained MCL after the first game of the season.

News has gone from bad to worse for the Baltimore Ravens with scans on the right knee of wide receiver/kick returner Jacoby Jones coming back negative.

Jones has sprained ligaments medial collateral ligaments in his right knee and is expected to miss between four to six weeks of action.

The news comes on the back of a thumping loss at the hands of the Denver Broncos who scored 49 points by way of seven touchdown passes from Peyton Manning.

In the wake of the news regarding Jones’ injury, the Ravens will consider looking at free agents to boost their playing numbers as they desperately to try and turn around their form.

Brandon Lloyd, Laurent Robinson and Austin Collie are the best available veterans who could fill a roll for the Ravens on short notice.

Lloyd has attracted interest from other teams since hitting the open market, however, Baltimore would be rolling the dice if they signed Robinson as he is a concussion risk and has been passed over by six teams since work-outs at the end of July.

Jones suffered the injury in the second quarter in the game against the Broncos when he collided with teammate Brynden Trawick on a punt return.

He was taken to the locker room for examination and played no further part int the game. 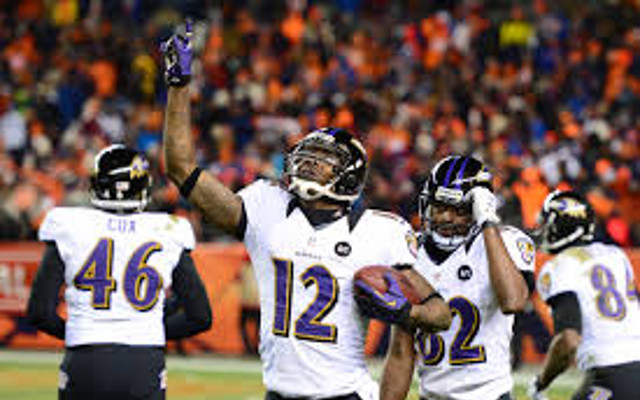 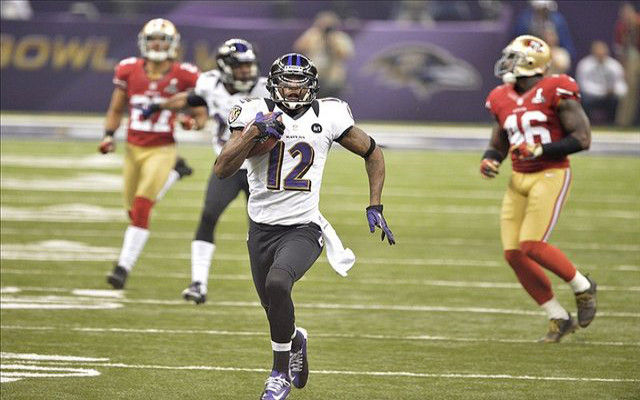