Coach urges ignored players to continue to play well in a bid to book a ticket to UK.

Australian regulars Justin Hodges, Luke Lewis, Anthony Watmough and Sam Thaiday return to the side for Friday’s Test after missing last October’s 18-10 win over the Kiwis in Townsville through injury.

Newcastle Knights utility Kurt Gidley is set to play his first game for the national team since 2010 after being named on the interchange bench.

“It’s a side that is quite familiar, but it is a long year and nobody is guaranteed a spot,’ Sheens said.

“State of Origin always throws up a few candidates and was originally used as a trial for the Test side.”

Back rower Tony Williams, who has been in poor form for the Canterbury Bulldogs this season, missed out on selection while Melbourne’s Ryan Hoffman was also squeezed out of the team.

Canterbury’s Josh Morris is named 18th man as a precaution, with Nate Myles keeping his place ahead of Williams.

Canberra prop David Shillington misses out with a rib cartilage injury, leaving Myles the only front-rower on the interchange bench.

“The configuration of the front row, we’ve gone an interesting way,” Sheens said.

“We will be using Paul Gallen and Sam Thaiday as front-rowers when we need them. It’s fairly mobile to counteract their (New Zealand) running out of dummy-half from around the ruck.”

The World Cup takes place in the UK and Ireland in October. 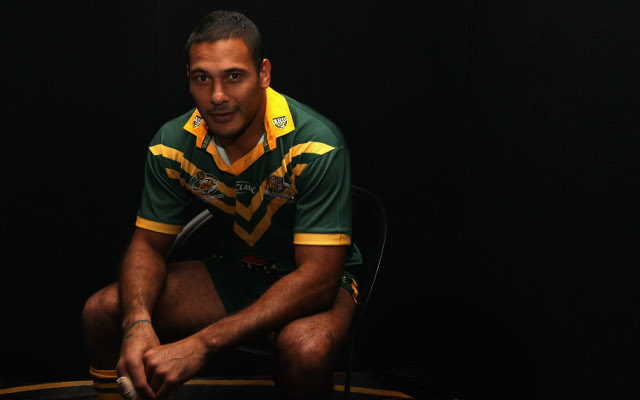