Tomas Berdych crushed an out of form Kei Nishikori 6-4, 6-1 on Thursday to reach the final of the Kooyong Classic as the pre-Australian Open event lost another drawcard.

Berdych, ranked seventh in the world but without a title since October 2012, needed just 68 minutes to hammer the 17th-ranked Japanese star who had new coach Michael Chang on the sidelines.

“It was a good win but I need to keep finding energy,” said Berdych, who admitted he did not get enough rest in a brief off-season after helping the Czechs to a second straight Davis Cup title.

“Every match like this one helps to get ready for the Australian Open. I’m very happy with the win and reaching the final.

“There is a lot of history at this tournament and to become one of the champions would be a great honour. I would love to get my name on the trophy,” he added.

His victory came as Stanislas Wawrinka was replaced in the eight-man draw by Russia’s Mikhail Youzhny after the Swiss withdrew citing fatigue.

It followed a tired Lleyton Hewitt pulling out before the start of the tournament after beating Roger Federer to win the Brisbane International at the weekend.

Wawrinka had flown to Melbourne after winning a season-opening ATP title in Chennai, India. He lost 4-6, 7-5, 6-3 to Gilles Simon of France in his opening match on Wednesday.

The French pair of Richard Gasquet and Simon play later Friday for the right to face Berdych in the final.

Berdych raced away at the start with an early break and paused only enough for Nishikori to save a pair of set points in the ninth game with back-to-back aces.

The Czech clinched the opening set in 35 minutes and began the second with another break of the misfiring Japanese number one.

Nishikori went down two breaks in quick succession to trail 4-0 before salvaging pride by winning a game.

A Nishikori mis-hit while trailing 5-1 handed two match points to Berdych who failed to convert on either. The Czech wasted two more winning chances before finally taking the match on his fifth opportunity as Nishikori netted an approach shot. 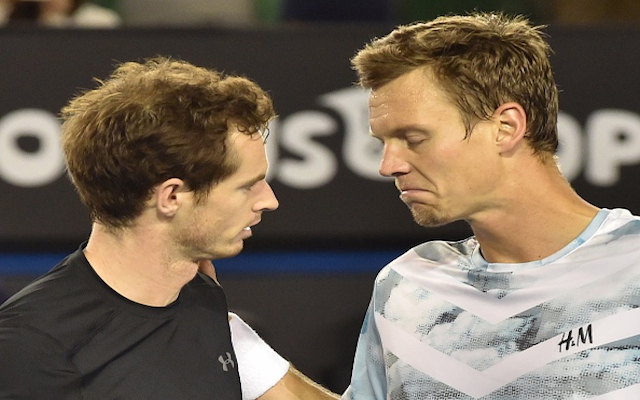