Kangaroos forward says time for play is over from the tourists.

Nate Myles insists the time for sightseeing is over as Australia prepare to face Ireland in their final group game of the Rugby League World Cup at Thomond Park on Saturday.

After watching on as the Kangaroos passed their toughest test of the first stage of the World Cup, in defeating England 28-20, the 28-year-old was then called upon for the clash against Fiji.

With Myles in the starting 13, Australia cruised to a 34-2 victory to book their place in the quarter-finals and a third win from three will guarantee they face minnows the United States in the last eight.

Gold Coast forward Myles starts again for the clash with Ireland in Limerick and, having taken in much of Britain and Ireland in the early days of the tour, he admits he’s now ready to focus solely on rugby.

“It has been fantastic so far, I have really enjoyed it,” said Myles. “We have done a lot of sightseeing and I am definitely seeing a lot of the side of the world that I haven’t seen before.

“Obviously being in the team environment is something I really enjoy. We’ve seen Cardiff Castle and the Guinness Factory (in Dublin) the other day was pretty impressive.

“When you come over here and you see castles that are older than Australia, it is pretty cool. I am really enjoying it.

“But it is now half-way through the tournament and we are starting to get down to the business end now so it is time to switch on. One more game until the quarters now, so it’s game time — it’s on.

“Ireland have got Brett White and Pat Richards, and they are two players that we have got to watch out for. But it is all about us and the way we prepare, and how we play out there.”

In stark contrast to Australia, Ireland have lost both of their World Cup matches — a 32-14 defeat by Fiji followed by a 42-0 shut out loss to England.

Ireland can still mathematically reach the quarter-finals, with Fiji facing England, although victory over the Kangaroos would be one of the great all-time shock results in rugby league history.

However, assistant coach Ged Corcoran insists Ireland will rise to the occasion in front of their own fans at a ground best known as the home of the Munster rugby union team.

“It is a challenge that most of the players enjoy and thrive on; that is why they play the game — for the challenge,” he said.

“The Aussies are used to it aren’t they? They get it every week out there in the State of Origin, weekly NRL games that are usually a sell-out.

“It might be a bit of a shock for our boys who are used to playing in front of the 4,000 or 5,000 people but the boys are looking forward to it.

“We are not threatened by Australia. People have given us the underdog tag but sometimes it is nice to win the games as an underdog because sometimes the dog bites back, doesn’t it?” 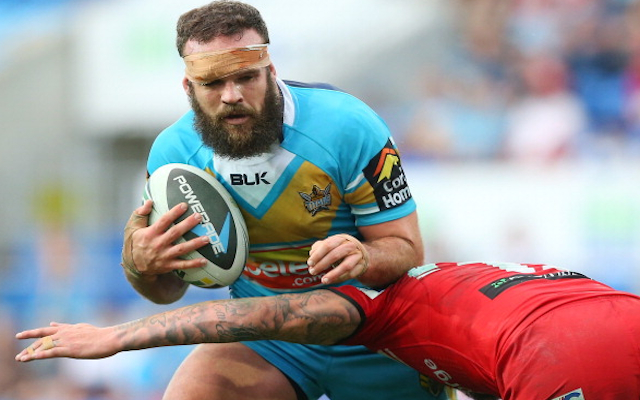