David Cameron was slow to commend Thomas Hitzlsperger on being the first former Premier League footballer to come out as gay, with Labour and Lib Dem rivals Ed Miliband and Nick Clegg beating the PM to the punch.

And when Cameron finally did express his support for the German on twitter, he was met with a mixed reaction from some of his 563,000 followers.

One follower was annoyed that the Tory leader was continuing to profess to be an Aston Villa fan, while others took issue with Cameron himself… 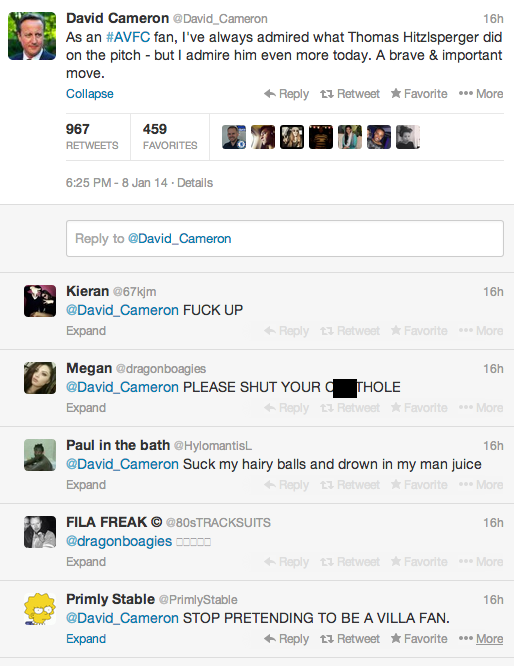