Aston Villa have completed the signing of defender Jores Okore from FC Nordsjaelland on a four-year deal, as confirmed on their official website.

The 20-year-old defender underwent a medical on Thursday before putting pen-to-paper on a deal and immediately promised to make a big impact for his new team.

The Danish international has attracted interest from across Europe over the past year, having appeared for his former club in the Champions League last season as well as the national team.

Compatriot and former Villa defender Martin Laursen tipped him for success at the club earlier this week, and following confirmation of his move it would appear the youngster is ready to give his all to what is quickly becoming a very exciting project at Villa Park.

Having struggled last season in avoiding relegation, Villa have continued their impressive work in the transfer market by scouting across Europe for some of the brightest talents.

Okore is the latest to arrive, and he believes he can help lead the club into a new era of success and can’t wait to get started.

“We’re a young team and we played some really good football over the second half of last season which is something we want to build on now as players, as a team and as a club,” Okore said.

“I know there is great potential in the team. I have watched many of our games because the Premier League is very popular back in Denmark.

“I know also that we have a good coach and this is a really good club. This is the right club for me, I feel it straight away,” he told AVTV.

Okore described himself as a big, strong defender with good pace, while also looking assured on the ball and he believes the latter attribute will help him settle into Lambert’s team.

Villa boss Lambert was clearly delighted with the acquisition, and echoed Okore’s view of growing into a real leader of this Villa team.

“He’s only 20 years of age and that’s good but he’s also an international player at a really young age and he’s played Champions League football as well, which is testament to his potential,” Lambert added. 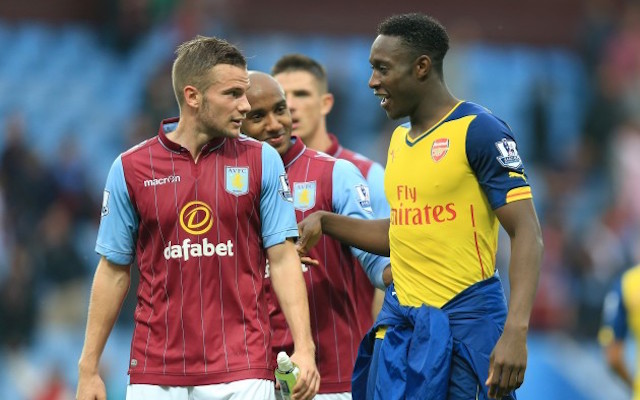