The best of the Gunners squad this season.

Ahead of the final Premier League game of 2013/14 on Sunday Arsenal have already confirmed their fourth place position and therefore Champions League qualification.

However, after leading the division for more days than any other team in 2013/14 this is something of a disappointment for the Gunners – although they could end what is approaching a nine year trophy drought on May 17 by winning the FA Cup final.

Here’s the best stars from north London this term. 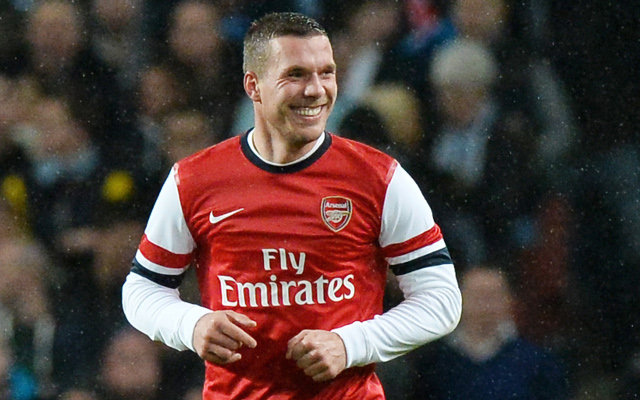 Kicking us off is a forward who may not have played as much as he would have liked, but has a keen eye for goal whenever he takes to the pitch.

Often operating from the left flank, Pololski doesn’t have as much creativity as others in the squad, yet with 12 goals in 25 appearances the German still provides a great outlet.