Flamini practically ended Arsenal’s title hopes with his last minute own goal against Swansea, but with Aaron Ramsey and Jack Wilshere still injured, Wenger has little choice but to deploy him centrally.

Arteta knows he has to be at his very best this evening, as he’ll be up against the awesome Yaya Toure in the middle of the park. The Ivorian has notched 17 league goals this term already.

It’s difficult to predict which of Lukas Podolski, Alex Oxlade-Chamberlain, Santi Cazorla and and Tomas Rosicky will miss out when Wenger selects his three attacking midfielders. Podolski was shoddy versus Chelsea, and despite playing well off the bench against Swansea, we reckon he’ll be used as an impact sub again. 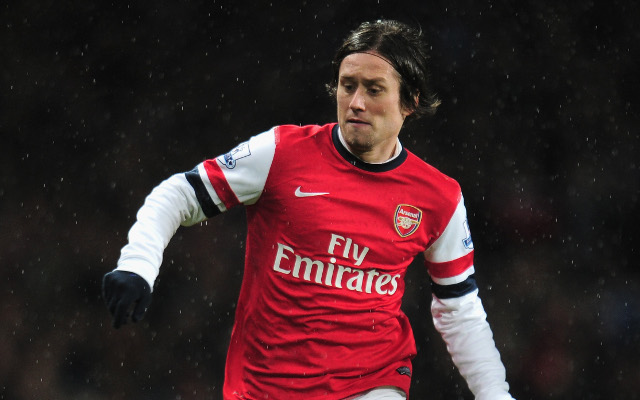