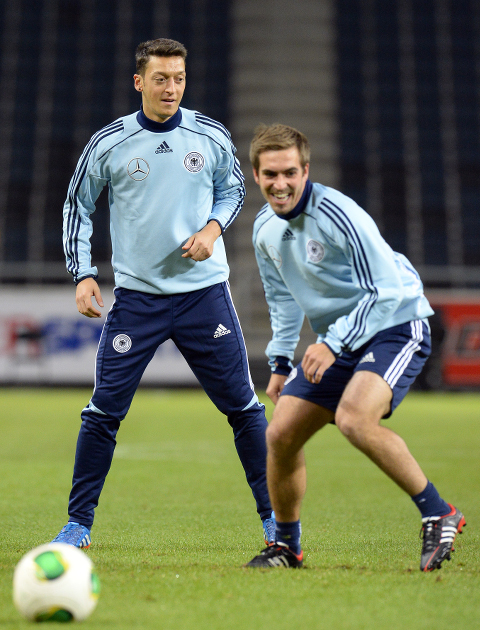 Bayern captain Lahm has been almost exclusively used as a holding midfielder by Pep Guardiola and is the lynchpin of the Bavarians’ side. Most of their play starts with the 30-year-old but on Wednesday he will also be tasked with shackling Arsenal’s most potent attacking threat, Mesut Ozil. It is not a case of stop Ozil and you stop Arsenal but if Bayern and Lahm can shackle the playmaker, as Borussia Dortmund did in London in the group stage, they will go a long way to preventing service to Olivier Giroud and co. Lahm and Ozil, of course, are Germany international teammates and will know all about each other’s games. An intriguing battle awaits.