The Gunners are in desperate need of attacking support.

An injury to Olivier Giroud has made Arsenal manager Arsene Wenger realise that the club need new strikers in the January transfer window.

With the Frenchman sidelined the Gunners only have the out-of-form Nicklas Bendtner and Lukas Podolski as available options up-front.

Whilst Wenger is looking into the possibility of bringing in new faces the 64-year-old stresses that the club have faith in Giroud.

“I don’t know if we will do something or not [in January], but it is not to replace Olivier Giroud – we have a great confidence in Olivier Giroud,” the boss was quoted by the Metro.

Atletico Madrid forward Diego Costa has been in brilliant touch this season after stepping up to fill the void left by Radamel Falcao and the north Londoners have been keeping an eye on the 25-year-old, according to the Metro.

However, they face stiff competition from Chelsea and Borussia Dortmund, with the Germans eyeing up Costa as a long-term replacement for Robert Lewandowski – who is expected to join Bayern Munich when the Pole’s contract expires next summer.

Previously Wenger has also been linked with a move for Aston Villa star Christian Benteke, who was brilliant during the Belgian’s first year in England in 2012/13, scoring 19 Premier League goals.

This term Benteke netted a brace against Arsenal on the opening day of the season, but has since struggled to find form; partly due to fitness issues.

The final and perhaps most likely deal is one for Real Madrid youngster Alvaro Morata, who has had a lack of opportunities at the Santiago Bernabeu this term. 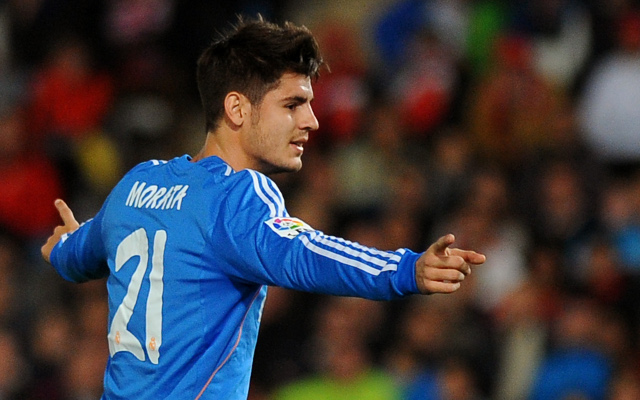 Morata shot to fame when taking the Golden Boot award at the under-21 European Championships with Spain and the Telegraph says Wenger is lining up a loan move for the starlet.

The Spaniard is struggling to get much game time at Madrid under new head coach Carlo Ancelotti and could well be open to a switch to England.