Check out the pages below as we round-up Saturday’s biggest Arsenal news and transfer rumours.

This includes quotes from Arsene Wenger on the importance of victory over Manchester United, more discussion of potential deals for Petr Cech, Kamil Glik and Mario Gotze, and a vital injury update.

The Arsenal manager has reminded his players of the importance of finishing above Manchester United this season, ahead of the two sides’ meeting at Old Trafford on Sunday. The Gunners want to finish at least third to ensure that they qualify directly for the Champions League group stages and don’t have to go through the qualifiers.

Wenger said, in quotes taken by the Daily Mirror: “It’s very important for your season preparations to not have that kind of stress over your head from the first day you start again, it’s vital. The pressure and the consequences of not qualifying are massive.

“We know what it means and we know it’s always tricky because you can play against teams who are in the middle of their championship when you are in preparation. The consequences are always dramatic if you don’t qualify.

“What is even more important now is that the international competitions force you most of the time to start the new season without your players.” 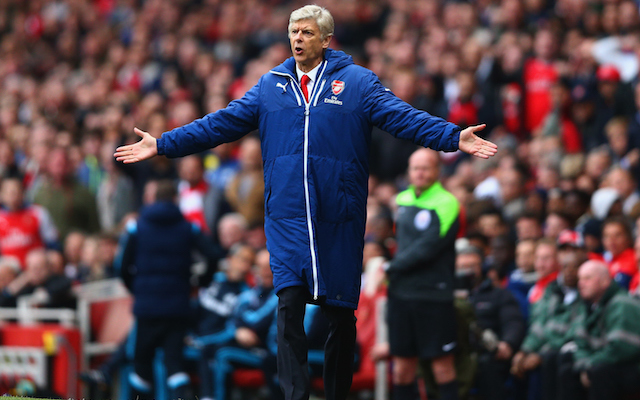