fanatix | Football | Serie A | AC Milan | Arsenal transfer analysis: The right-backs the Gunners should scout as a Sagna replacement

The north London club are likely to lose the Frenchman next summer.

Although Arsenal have been performing well in the 2013/14 season there are still areas that the club need to improve in the transfer market, most notably right-back.

Current star in the position Bacary Sagna is likely to leave the Emirates Stadium at the end of this campaign having failed to negotiate a new contract as yet.

So here are five players that the Gunners should take a closer look at: 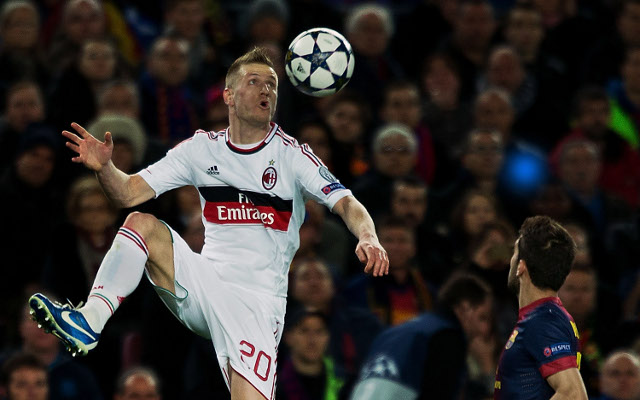 The Italian certainly has the experience having played in the AC Milan first team for the past four seasons and also having plenty of Champion League appearances.

This would mean that the 27-year-old would be tied for any European matches should Arsene Wenger try and make a move in January however.