Arsenal want to rival Manchester United for the signing of a Barcelona star as part of a double summer transfer raid on La Liga for next season.

The Gunners are short of depth at the back and could make two big-name additions in the full-back slots, with these two on Arsene Wenger’s agenda… 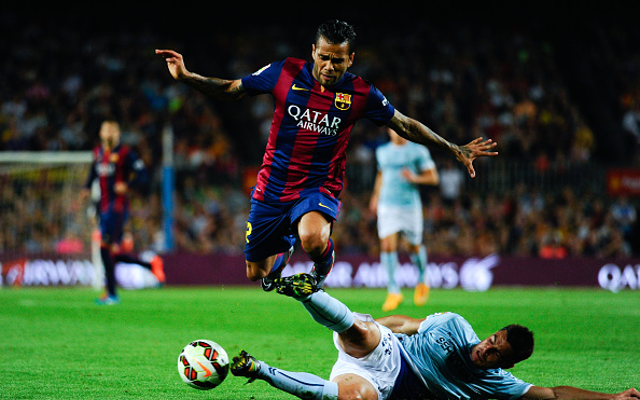 Also a target for Manchester United, Dani Alves is likely to quit Barcelona when his contract expires, with Arsenal joining the chase to sign him on a free transfer.