How Arsenal could line up against Manchester United.

Arsenal meet Manchester United in a game both sides will be eager to win this weekend, and here’s how Arsene Wenger should pick his team to take on the Red Devils…

First choice goalkeeper for Arsenal, Wojciech Szczesny should take his place as usual in goal for this big game at the Emirates Stadium.

With Mathieu Debuchy still out injured, youngster Calum Chambers will get another chance to impress at right-back against United.

A player in fine form at the moment, Kieran Gibbs will be an obvious choice for Arsene Wenger in the left-back position. 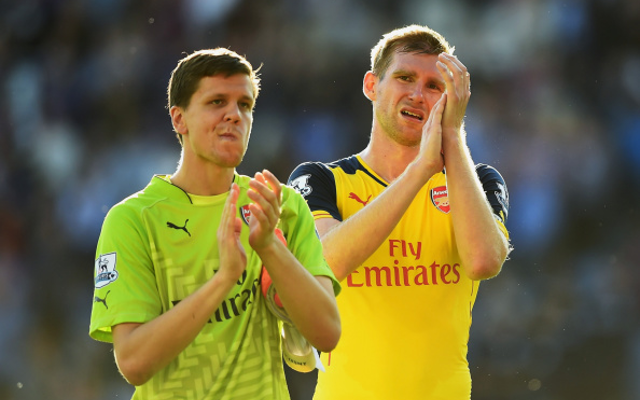