Incoming Juventus striker Fernando Llorente believes Gonzalo Higuain would be a ‘great signing’ for the Serie A champions.

The Argentinian striker is target of Arsenal as well as the Scudetto winners and Llorente, after publicly announcing his desire to leave the Santiago Bernabeu this summer. 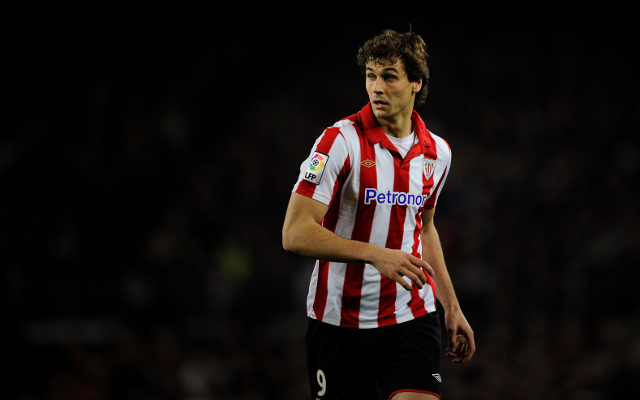 Higuain’s agent and brother Nico has insisted that there are currently no offers on the table for the 25-year-old forward but Llorente, who is due to link-up with his new Juve teammates for pre-season, says Higuain would be a fine addition to the Old Lady’s squad.

“I don’t know which other players will also arrive in Turin,” the bosman capture is quoted as saying by Football Italia.

“There is a lot of talk about Higuain. If that deal comes off then I believe he will be a great signing.”

The Bianconeri wrapped up a deal for Llorente in January after confirming he would extend his contract with Athletic Bilbao next season and the Spain international has admitted he is sorry to be leaving the Basque country.

“I did not think that my adventure with this club would end so quickly, in fact I thought that I would be here until the end of my career.

“But my future is now at Juventus and I expect a fantastic journey. Their project is important and the team is fantastic. Juventus want to take one step closer to the Champions League.

“A lot of the squad are internationals and that underlines the level of the team.”