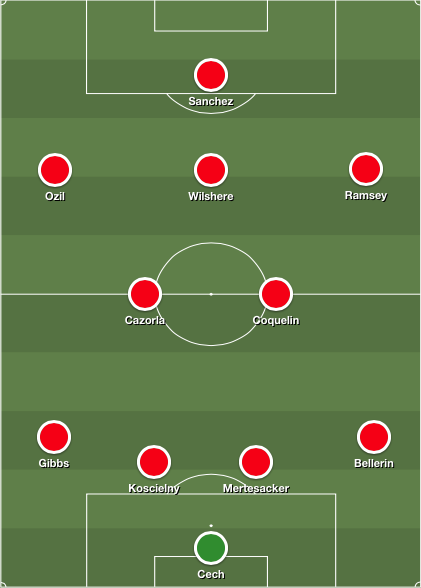 The second of three possible 4-2-3-1 lineups sees Wilshere deployed in what is arguably his preferred No. 10 role, with Ozil restored on his less favoured left in what would be a fluid front three.

This time it is Olivier Giroud who is the man sacrificed. The French striker scored 14 Premier League goals last season, but there is still a theory that he is not as good as Arsenal need him to be.

There is no doubting Alexis Sanchez’s quality, and the Chilean has some experience as a central striker. Wenger would only be tempted to use this system against the less mobile defences.