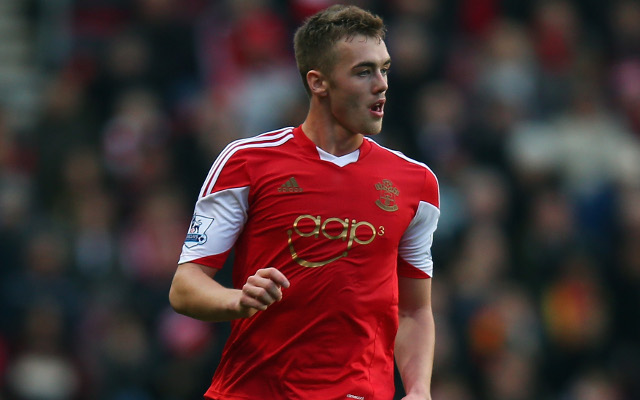 Arsenal have clinched the signing of Southampton starlet Calum Chambers for an undisclosed fee believed to be in the region of £16m, the club’s official website has confirmed.

However, his arrival looks likely to signal the end of the road for Carl Jenkinson as he is now the club’s third choice right-back.

The 19-year-old made his Premier League debut for the Saints on the opening day of the 2013/14 campaign, going on to feature 22 times in the competition last term.