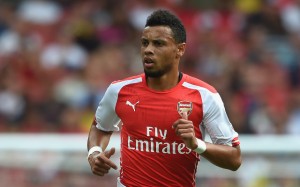 Coquelin has had to wait for his time to flourish as an Arsenal player, but this is it for him. He has grown into the first-team spot and is a boss in midfield, who covers the attack expertly.

Took his goal well and is once again showing Gunners fans what a talented asset he is when he can stay fit which, frustratingly isn’t all that often.

His intelligent play was important to Ramsey’s goal and contributed elsewhere, are we finally seeing the German justify his lofty price-tag?

The Spaniard was unlucky not to score in the first half with a great free-kick. He kept the midfield ticking over and combated Burnley’s physical play with creativity and patience.