Arsenal sealed all three points at Turf Moor after an away performance which showed all the steel of a team chasing down the Premier League title.

Here’s how the Gunners rated in their impressive away win at the relegation fighters:

Not tested much throughout the game against a side who played with 10 men behind the ball, hoping to steal a goal or two on the break. Trippier’s free-kick could have troubled him, but the Colombian stood firm.

Did everything which was asked of him in one of the more physical tests he will have faced throughout the season. Never put a foot wrong all game. 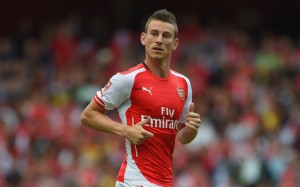 The Frenchman was touch and go to start the game with concerns over injury and he did well to come through the full 90 minutes against a bustling Burnley side.

Made plenty of interceptions and blocks to make sure Burnley came away from the game goalless and frustrated.

His one-on-one defending leaves a little to be desired, though it’s entirely likely that it will come with age. His bursts down the right flank were impressive, but more typical of a winger.