Arsenal suffered a 3-2 defeat to Olympiakos at the Emirates on Tuesday night to leave their hopes of qualifying for the Champions League knockout stages at risk after back-to-back defeats.

Theo Walcott and Alexis Sanchez were on the scoresheet for the hosts, but the game took a huge twist following David Ospina’s mistake in the first half.

See how Ospina and the rest of the Arsenal side fared in our player assessment below:

Deputising for Petr Cech, the Colombian international produced a howler to gift Olympiakos the lead for the second time on the night shortly before half time.

Always a willing runner down the right flank and remained an offensive threat for the Gunners throughout the game.

Continues to impress in certain aspects with his strength and pace, but will have to take his portion of the blame after shipping three goals on the night.

Forced off due to injury shortly before the hour mark, and Arsene Wenger will hope that it isn’t serious as the Frenchman looked commanding at times. 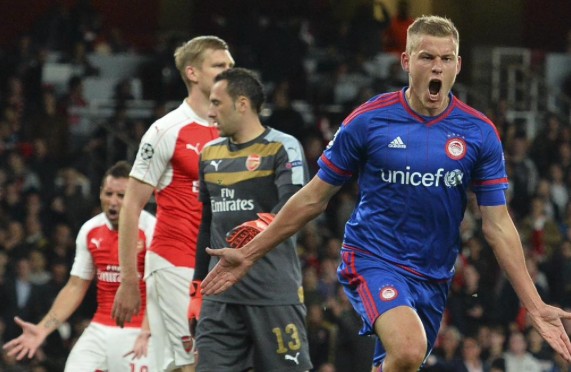 The England left-back looked much sharper on Tuesday night, but it is just the start in his bid to push Nacho Monreal out of the starting line-up permanently.