Lacked the pace to be effective in midfield, especially in the boggy conditions. Passed the ball well, but didn’t break up enough opposition plays.

We feel sorry for Flamini after tonight. Worked much harder than any Arsenal player, and was so frustrated by the lack of cover, he get sent off for a rash challenge late on.

Tried his best, but was isolated out on the right. Subbed in the second half, and Arsenal could perhaps have done with the experience of Podolski instead.

One of his poorest nights in an Arsenal shirt. Looked like he just didn’t fancy it. Gave the ball away, and went missing out wide, without doing much defensive work either. Did assist the first goal, though.

Scored a nice goal with a clever zipping shot, and was Arsenal’s most effective creative player. Did give the ball away, but was regularly trying to make things happen.

Scored his 15th goal of the season, and was an aerial threat especially, although he didn’t get the service his hard work deserved. 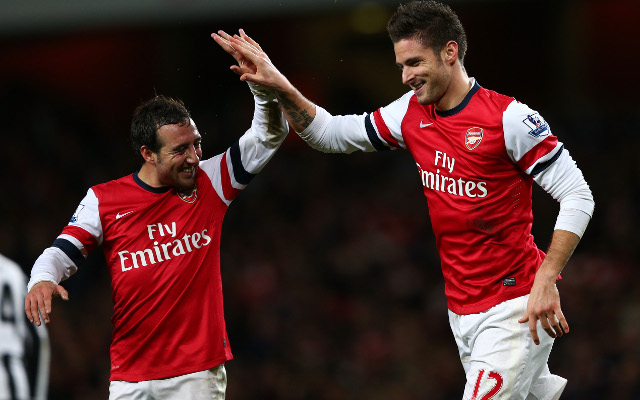