In a shake-up at the Emirates Stadium, Wenger ready to cut a third of his squad.

Arsene Wenger is planning to show the exit door to no less than 10 players this summer, according to the Daily Mirror. 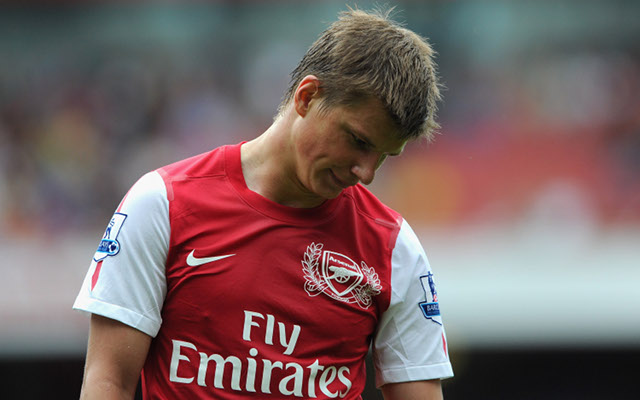 The Russian forward was billed for great things when he joined from Zenit St. Petersburg for £14.5million in 2009, yet things haven’t worked out quite as planned.

Four-and-a-half years at the Emirates has had its fair share of highs and lows for Arshavin, with four goals against Liverpool in a Premier League match a definite high.

Yet just nine starts this season has seen the 31-year-old drop behind Lukas Podolski, Theo Walcott and Alex Oxlade-Chamberlain in the pecking order and a move to the MLS or back to Russia looks likely.