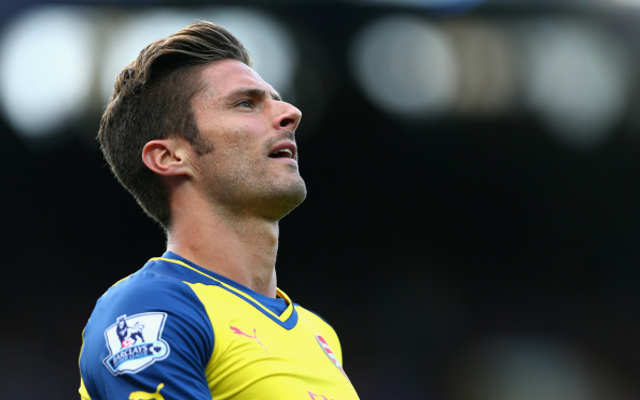 The reason Wenger is desperately scrabbling around for recruitment in attack is because the fitness concerns surrounding his main striker are actually worse than the initial prognosis.

Giroud picked up the problem during the 2-2 Premier League draw with Everton on Saturday and it was thought the Frenchman could face three months on the sidelines.

Yet now the Mirror are reporting that a new scan has revealed that the 27-year-old is now likely to be out of action until the New Year.