Arsenal fans are full of optimism that the 2015-16 season could be the one that sees them crowned champions of England for the first time since 2004.

The Gunners ended the 2014-15 campaign in fine form, losing just two of their last 20 games in all competitions, winning the FA Cup in the process.

After kicking things off by playing Chelsea in the Community Shield at Wembley on Sunday August 2, the Gunners will get their league challenge underway a week later with a home game against West Ham United.

January looks a particularly tricky month for Arsene Wenger’s men, as it includes games against Liverpool and Chelsea, as well as an away trip to Stoke City.

Check out Arsenal’s fixtures in full below. Dates are subject to change due to TV coverage. 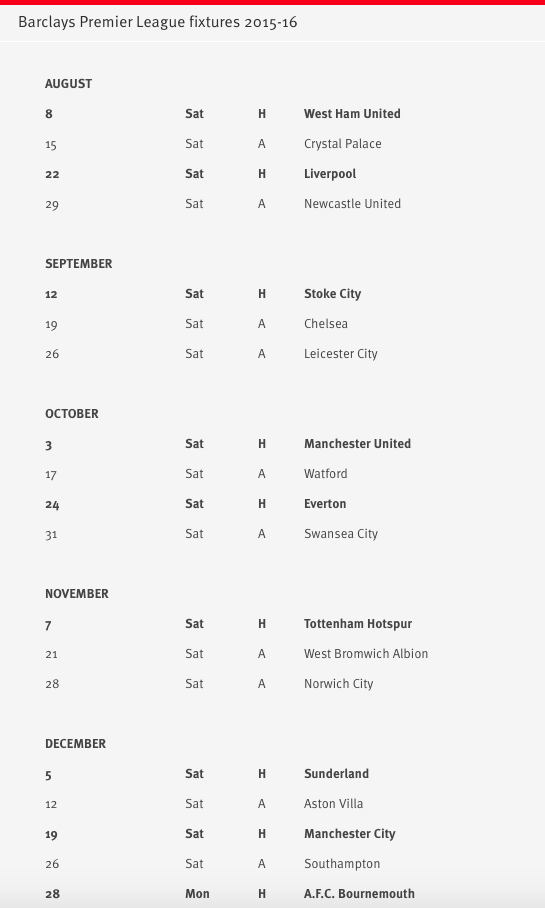 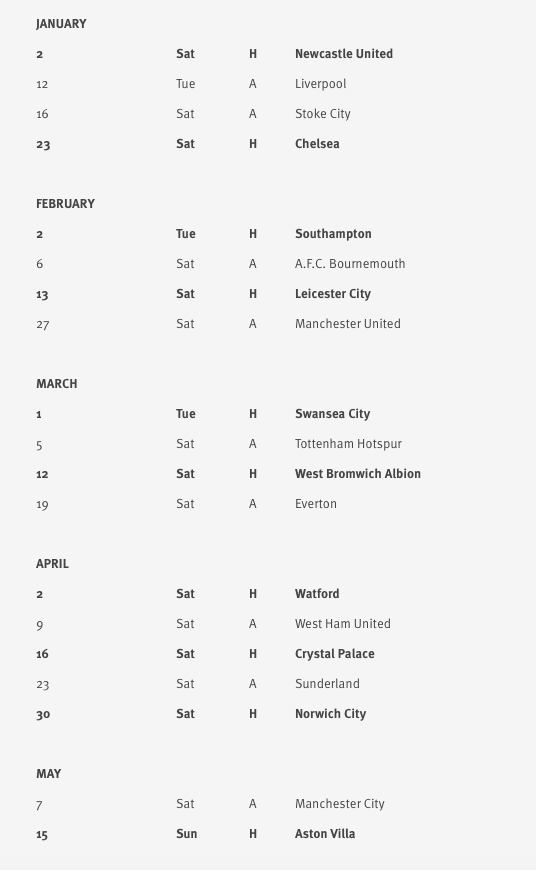