Arsenal are closing in on the signing of Lorient defender Raphael Guerreiro, according to reports.

The 21-year-old has starred for the Ligue 1 outfit since joining the club in 2013 and has reportedly caught the eye of a number of top European clubs.

According to France Football [via Daily Express], Arsenal are close to signing the left-back and Gunners boss Arsene Wenger will be hoping the youngster can provide the much-maligned Nacho Monreal with plenty of competition for a starting spot.

The report suggests French giants Paris Saint-Germain are also keen in the French-born Portuguese youth international, meaning the Gunners will have to move quickly to close out a deal.

Both the Gunners and PSG should have no issues matching Lorient’s asking price for Guerreiro, with the Ligue 1 club reportedly valuing the player at £10m.

Arsenal currently sit ninth on the Premier League table after winning just one of its opening three matches. 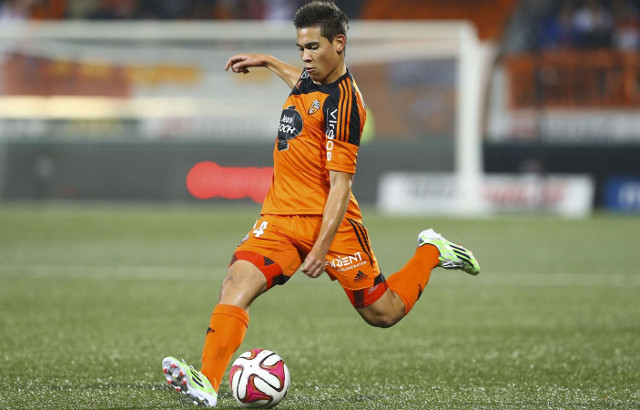