David Ospina and Wojciech Szczesny have been unimpressive at the Emirates…

Arsenal are interested in signing Bayer Leverkusen goalkeeper Bernd Leno in the summer, according to the Metro.

Arsene Wenger is thought to be keen on a new stopper because of a lack of trust in his current options between the sticks. Wojciech Szczesny has been in trouble for off the pitch incidents, while there are doubts over David Ospina’s ability to adapt to the Premier League.

Leno could be the answer to these issues.

The 22-year-old is a regular for the Bundesliga side, having played in every league fixture this season, and has only conceded 22 goals so far this term.

He is also highly rated by the national team, having made several appearances for Germany’s Under-21 side.

With Manuel Neuer in the main squad he has been unable to get a chance in the senior side as of yet. 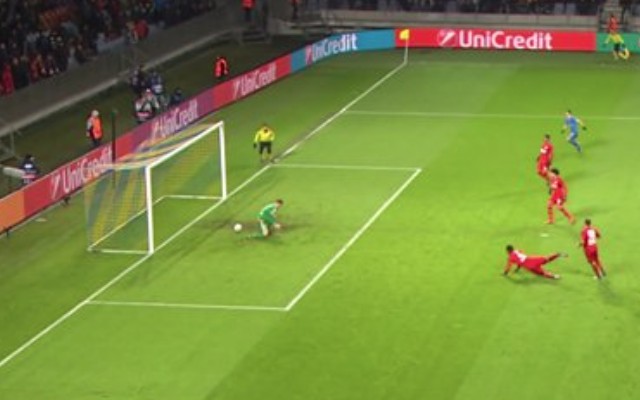