Reported Arsenal, Tottenham and Liverpool target Bernard has signed a five-year deal with Shakhtar Donetsk, the Ukrainian outfit have announced. 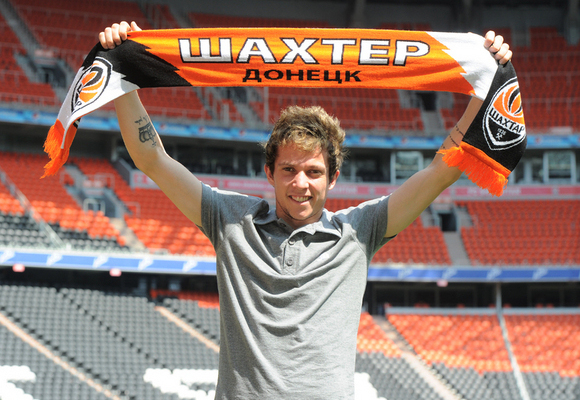 The 20-year-old Brazil international flew to Donetsk on Tuesday after Atletico Mineiro accepted a €25m bid but insisted he would not sign a contract with the Champions League outfit.

He told TV Alterosa: “It’s just a visit, there won’t be any medical. Nothing is certain and I won’t sign any documents.

“I made it clear to them that I would only visit so that I could see their facilities.”

But Bernard was obviously won over by Shakhtar, who reportedly offered the youngster’s agent a €5m bonus to make the deal happen.

The five-cap Brazil international was part of the Selecao squad that won the Confederations Cup earlier in the summer and Bernard is expected to be a key part of his country’s World Cup squad for the tournament on home soil next summer.

Atletico Mineiro president Alexandre Kalil admitted that Spurs had made an offer for Bernard and also claimed Arsenal were keen on the player.

Speaking to Radio Itatiaia, Kalil said: “Tottenham made an offer of €18million (£15.7m) for Bernard, but they withdrew.