The supposed stars that are seriously underachieving this season.

Much has been made of the surprising success stories of Premier League players such as Arsenal’s Aaron Ramsey and Kolo Toure of Liverpool – but who needs to sort themselves out?

Here are five players from fanatix that really need to start performing better in 2013/14.

The striker arrived from Celta Vigo this summer for £7m and yet many fans of English football could be forgiven for having completely missed the Spaniard.

This is because Aspas is a non-entity on the pitch, failing to create or be involved in chances and hasn’t even looked close to scoring.

The Cameroon international won the treble with Jose Mourinho in 2010 when the pair were at Inter Milan and Eto’o was expected to solve Chelsea’s attacking problems.

The forward has looked badly out of touch so far for the Blues and will need to sort it out quickly or face being replaced. 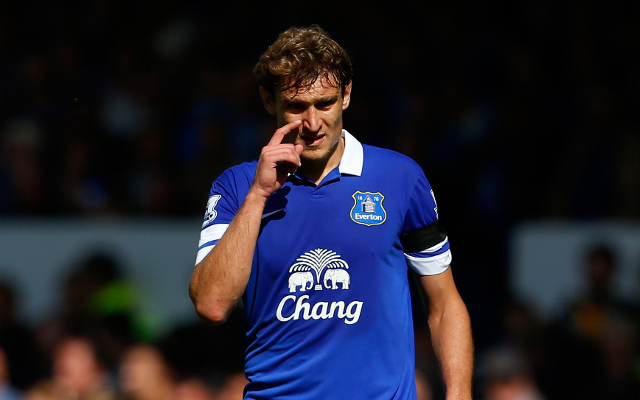 It doesn’t take time to go from hero to zero and the Croatian – who was once scoring every time the striker touched the ball it seemed – is now third choice at Everton.

With Arouna Kone and Romelu Lukaku both available at Goodison Park it will be very difficult for Jelavic to get in the side after a run of poor performances.

Admittedly the Gunners captain has been offered limited opportunities this term, but something has happened over the past year which has seen Vermaelen go from one of the best defenders in the league to a liability.

Laurent Koscielny and Per Mertesacker are stronger in central defence, whilst Kieran Gibbs and Nacho Monreal offer more versatility at left-back – the Belgian simply doesn’t fit in.

Young’s showing last weekend in the derby with Manchester City was one of the most woeful performances of the season.

David Moyes is spoiled for options in attacking midfield, but none seem to be quite in form as yet – although Young is by far the most out of touch.