The black strip – which features thick blue, white and gold diagonal stripes – will be worn by the Gunners first team in away cup and European games this season.

Check out the photos below.

It’s not the most stylish design, but at least it does the players justice in the way in hugs their figure. Just look at the pecs on Wilshere and the Ox! 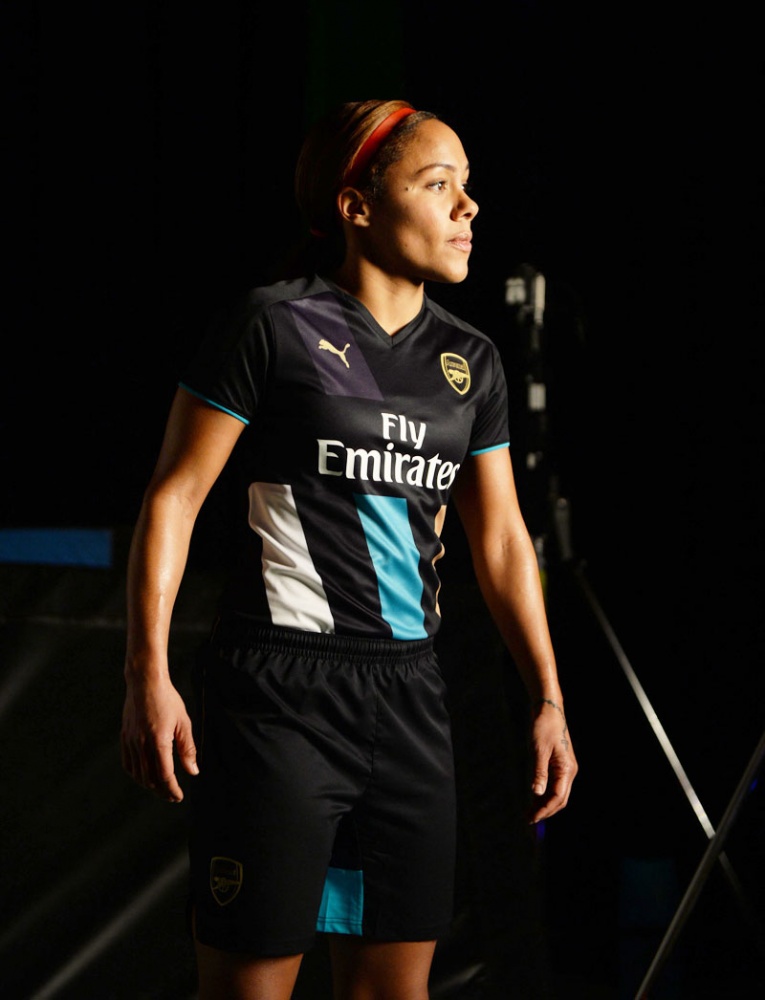 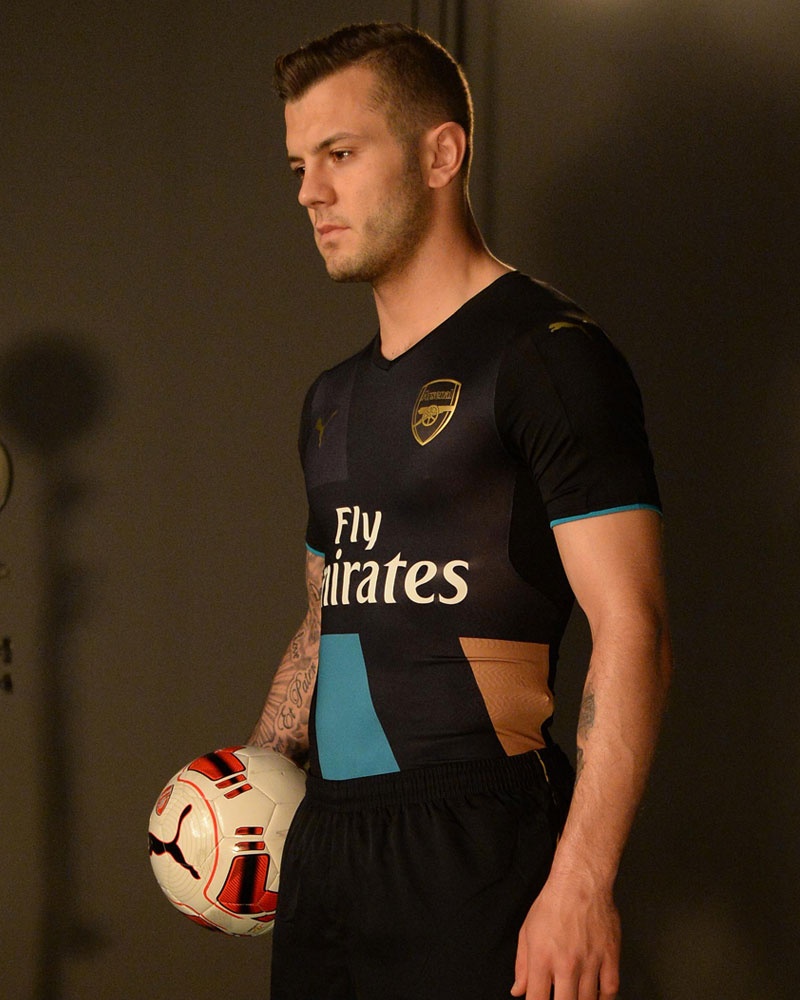 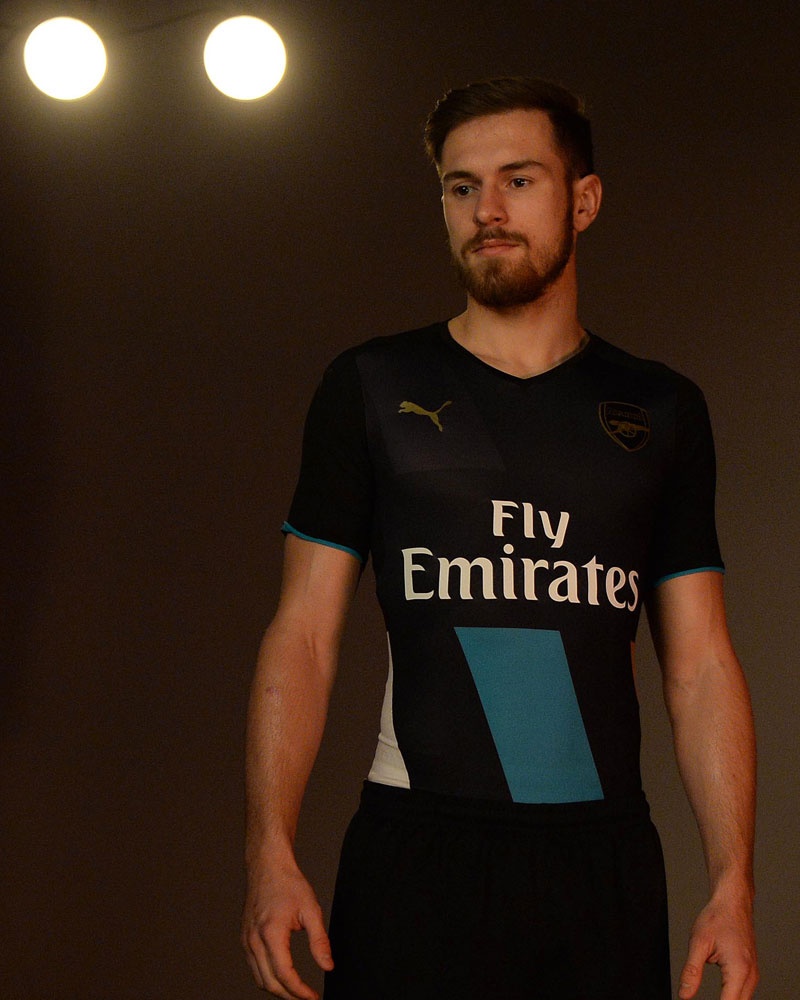 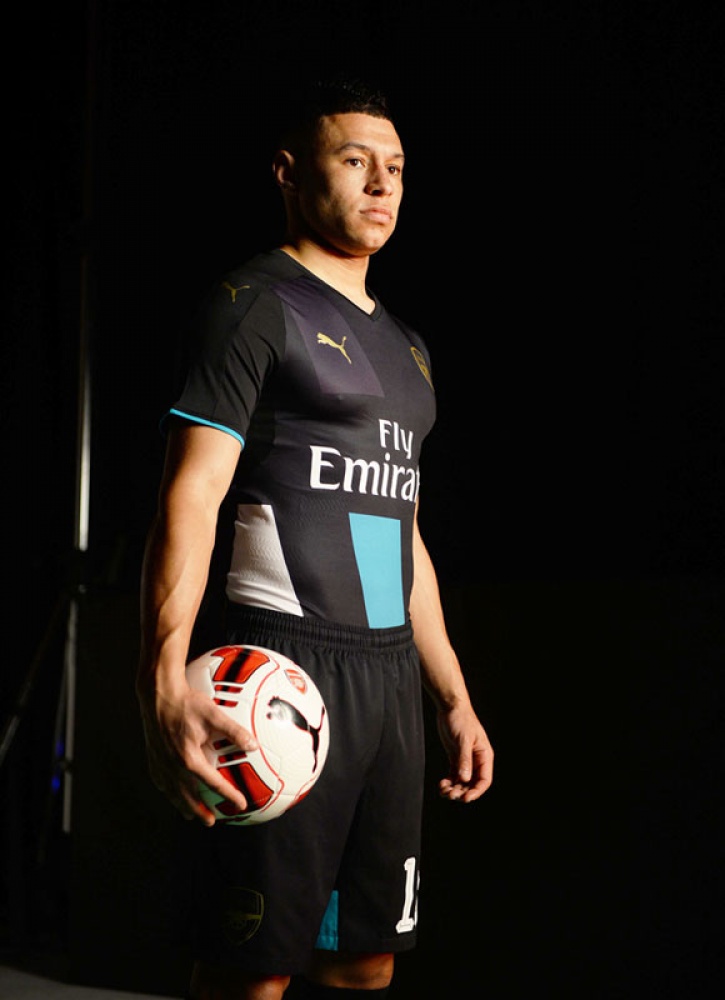 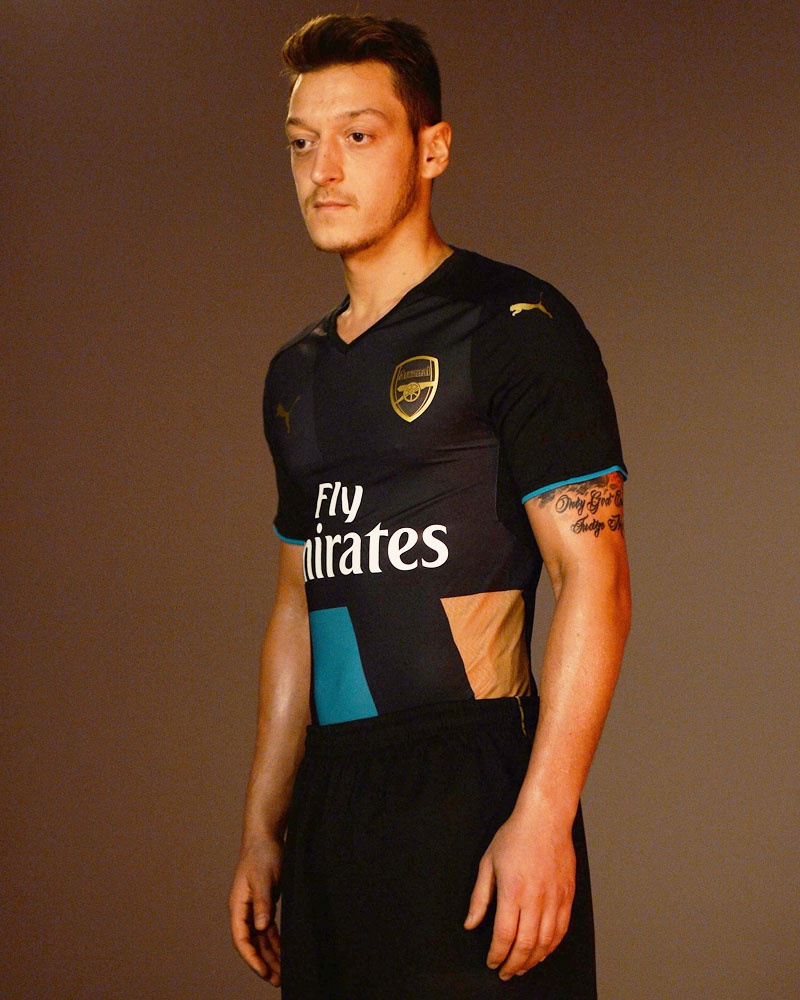 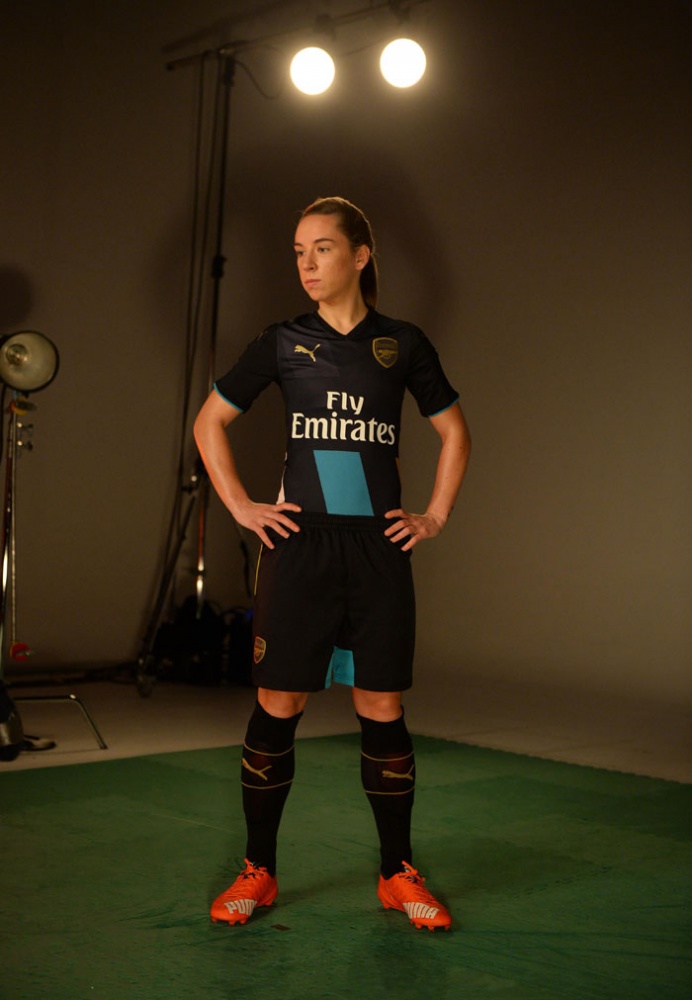 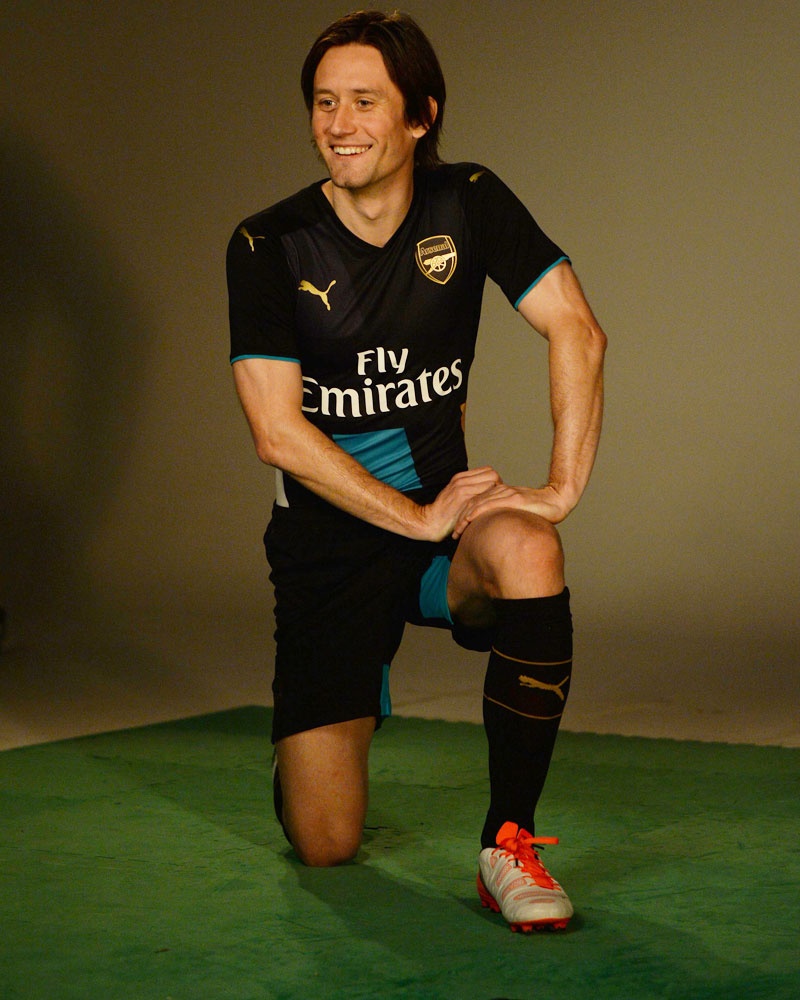