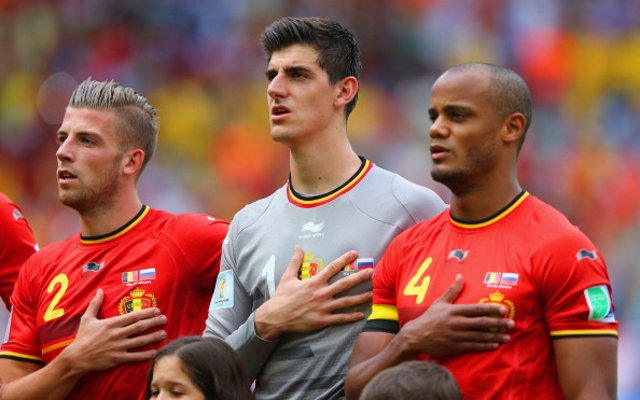 Thibaut Courtois (Belgium) – The Chelsea goalkeeper who has spent three highly impressive seasons on loan at Atletico Madrid has shown his worth for his country at this World Cup. Potentially one of the best in the world, the youngster certainly outshines Argentina’s Sergio Romero between the sticks.

Pablo Zabaleta (Argentina) – One of two Manchester City players in this back four, Pablo Zabaleta is as key a player for Argentina as he is for the Premier League champions, and is undoubtedly one of the best defenders at the World Cup.

Marcos Rojo (Argentina) – A rumoured target for Liverpool, Sporting Lisbon’s Marcos Rojo is making a name for himself at left-back for the South American giants. Also capable of playing centre-back, the 24-year-old has been in fine form in Brazil so far.

Vincent Kompany (Belgium) – Captain for both Manchester City and Belgium, Vincent Kompany is a superb defender and leader, and is an easy choice at centre-back in this combined XI.

Ezequiel Garay (Argentina) – Another top class defender making up a solid looking partnership here, Benfica star Garay has been linked with a number of top clubs in recent times and could be on the move this summer after a good World Cup so far.