A legend of the sport announces retirement.

Tony McCoy burst on the racing scene as a teenager, riding to his first victory with Jim Bolger on ‘Legal Steps’ at 17 in 1992, and the 40-year-old has gone on to earn legendary status throughout a 23-year career.

The 2010 BBC Sports Personality of the Year winner – the first jockey to receive the recognition – has been the Champion Jockey in every season of his professional career with 4,324 triumphs – and we take a look at the highlights of the racing phenomenon, as listed by the Independent.

READ MORE:
AP McCoy back to winning ways in Hennessey Cup day after announcing retirement
Champion jockey AP McCoy to retire at the end of the season 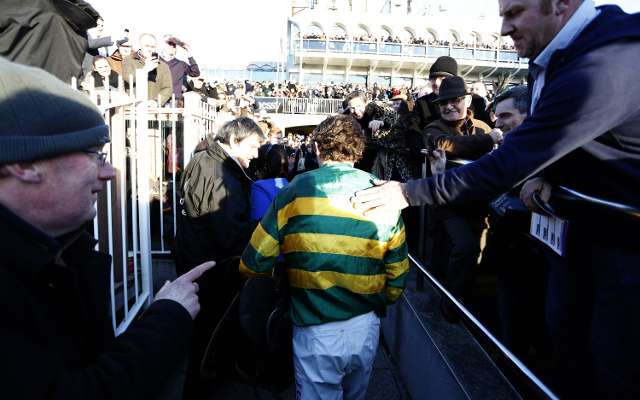 A 17-year-old McCoy earned his first win on Legal Steps on 26 March, 1992 – cementing himself as a jockey for the future – and boy did he deliver.

The 40-year-old rode Carlingford Lough to victory at The Hennessey Gold Cup the day after announcing his retirement on Sunday.