Townsend joins Rooney in insisting situation is not newsworthy.

Andros Townsend is the latest England player to defend Roy Hodgson after the England manager jokingly compared to the Spurs winger to a space monkey at half-time of the 2-0 win over Poland.

Hodgson was forced to apologise for the joke but Townsend has joined teammate Wayne Rooney in insisting the situation has been blown out of all proportion. The 22-year-old Spurs star tweeted:

I don’t know what all this fuss is about. No offence was meant and none was taken! It’s not even news worthy!

Hodgson used the joke to persuade right back Chris Smalling to pass more frequently to Townsend and at least one England player was reportedly left shocked, believing the comment to have racist connotations. 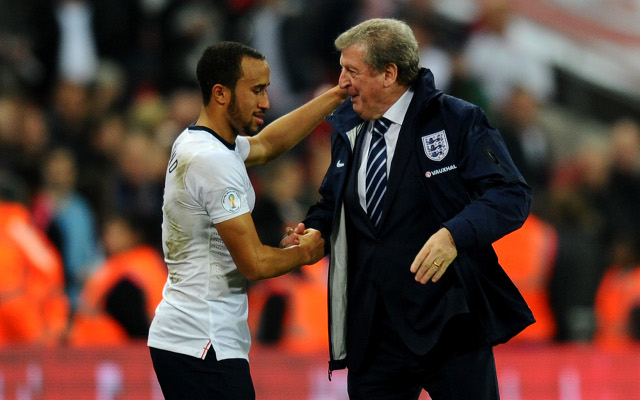 “I would like to apologise if any offence has been caused by what I said at half-time,” Hodgson said in a statement.

“There was absolutely no intention on my part to say anything inappropriate. I made this clear straight away to Andros in the dressing room.

“I also spoke to Andros again on Wednesday. He has assured me and The FA he did not take any offence, and understood the point I was making in the manner I intended.”

And Rooney, scorer of England’s first goal on the night, also saw nothing wrong with his manager’s remark, tweeting:

Seen the story on roy this morning. He done nothing wrong. This is ridiculous.

The joke, which Hodgson reportedly told in full, is popular at US space agency NASA.

“NASA decided they’d finally send a man up in a capsule after sending only monkeys in the earlier missions,” the joke goes.

“They fire the man and the monkey into space.

“The astronaut takes umbrage and radioes NASA, ‘When do I get to do something?’

talkSPORT presenter and former England striker Stan Collymore was another to defend Hodgson on twitter:

Demeans every anti racism campaigner by having cheap pop at RH who said NOTHING WRONG. Makes campaigners seem over PC & petty. They’re not.

Anti-racism campaigner Piara Powar says of Roy Hodgson: “This was a silly phrase to use in a diverse workforce.” I’m pretty much speechless