Andreas Pereira was one of the last youngsters Sir Alex Ferguson brought to Old Trafford.

Despite growing interest from outside clubs in Man United youngster Andreas Pereira, the teenage sensation has no intentions of leaving Old Trafford on a transfer.

In an interview with Goal.com, Pereira said he wanted to stay at Man United – dubbed the “biggest club in the world” by the 19-year-old – and intends to play with the first team and win trophies for the Red Devils.

“I therefore do not pay attention to what happens in other clubs, I’m totally focused on Manchester United.

“I want to have a few minutes of playing time this year to show everyone that I am a good player.”

Pereira was signed to the Man United youth team by Sir Alex Ferguson back in 2011 and was finally elevated to the senior team in 2014 under Louis van Gaal. He made one Premier League appearance and two total appearances last season. 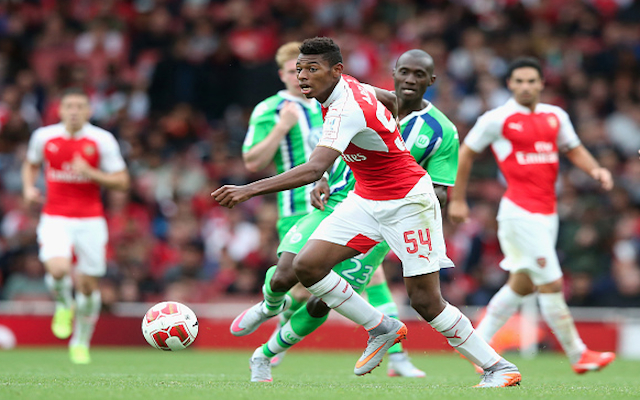