All-Stars goalkeeper Covic excited to test himself against Manchester United

A-League All-Stars goalkeeper Ante Covic is relishing the opportunity to test himself against Manchester United on Saturday.

The 38-year-old Western Sydney Wanderers shot-stopper is a surprise inclusion in the inaugural All-Star side after enjoying a successful first season at the Parramatta Stadium.

Covic emerged as a key figure for the expansion club in their maiden A-League campaign as they performed above expectations to win the Premier’s Plate before going on to finish runners-up in the Finals Series to Central Coast Mariners.

The Sydney-born keeper also helped Wanderers to the best defensive record in the division, conceding just 21 goals in 27 games.

The chance to face United will provide the icing on the cake to a memorable year for Covic, who revealed squaring up to the Premier League champions’ fearsome attack will be one of the high points of his career.

“Playing in goal against a team like Manchester United will be an amazing experience in one way, but it might not be so fun for me if they have their way,” he wrote in Fox Sports.

“When I started playing professional football, lining up against the best in the world was what I set out to achieve, the chance to pit myself up against world class opposition. That’s why I play football.

“That’s exactly what will happen on Saturday when I put on the gloves against Robin van Persie, Ryan Giggs, Rio Ferdinand and all of Manchester United’s superstars.” 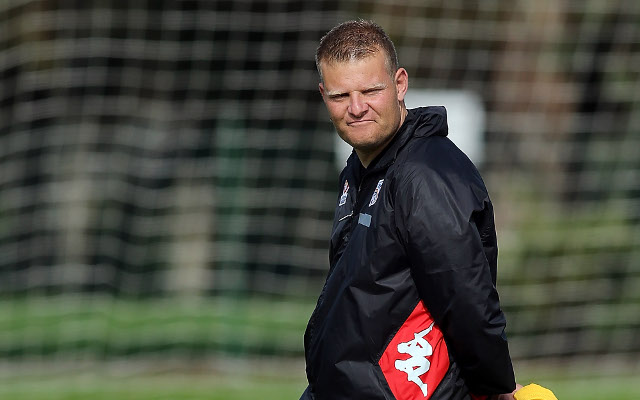