Glamour model Alice Goodwin – the wife of former Arsenal and Liverpool midfielder Jermaine Pennant – is one of football’s most prolific WAGs when it comes to posting photos on Instagram.

The Stoke-born stunner gave her followers a treat on Sunday when she shared a picture of herself rocking a tiny bikini in the sun. Check it out below.

For eight more hot snaps of Alice, click this link…

It is probably safe to say Mr Pennant is punching above his weight.

His football career has taken a nosedive since he left Stoke City in 2014. He ended this season with relegated Championship side Wigan Athletic. 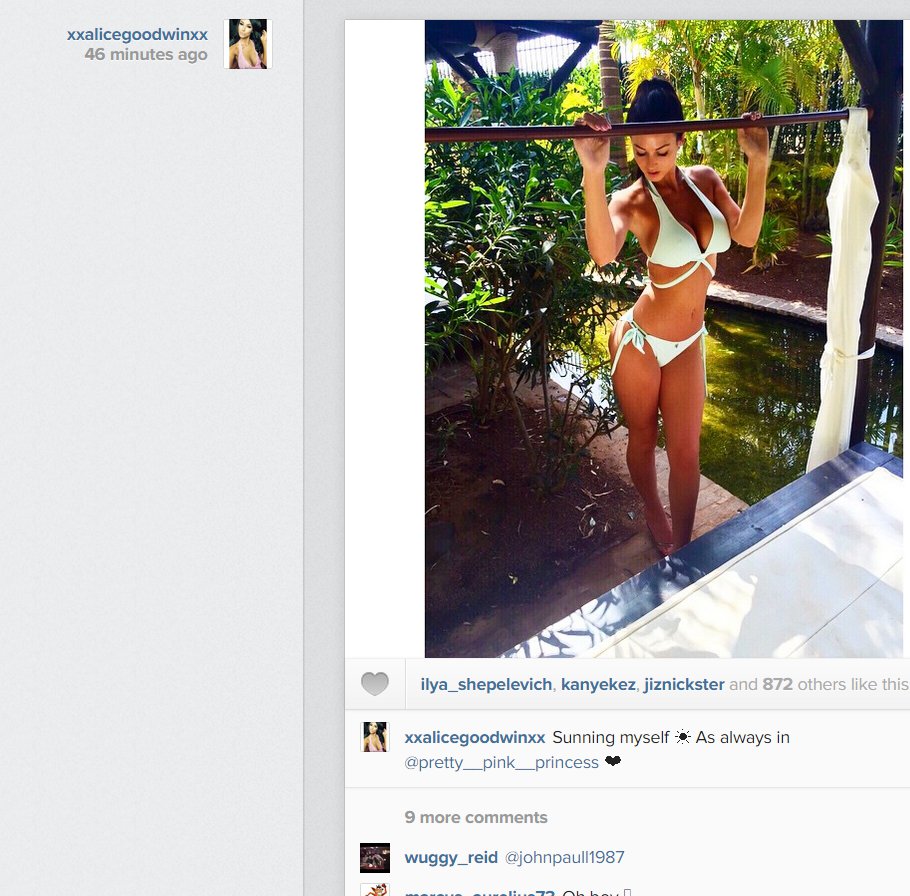