Best Australia side of the season continues to edge towards a shot at the title.

The ACT Brumbies survived a last-gasp conversion attempt to cling on for a tense 15-13 win over South Africa’s Central Cheetahs to reach the Super Rugby semi-finals.

The two-time winners will now travel to South Africa to take on triple champions Northern Bulls next Saturday, while holders Waikato Chiefs host the Canterbury Crusaders in the other all-New Zealand semi-final.

The Cheetahs came desperately close to taking the Canberra playoff into extra time when substitute winger Rayno Benjamin crossed in the left corner, giving fly-half Riaan Smit a kick from the sideline to level the scores after the full-time siren.

But Smit’s good-looking kick hit the left upright to end the Cheetahs’ Super 15 campaign, while the Brumbies lived on to fight for another week. 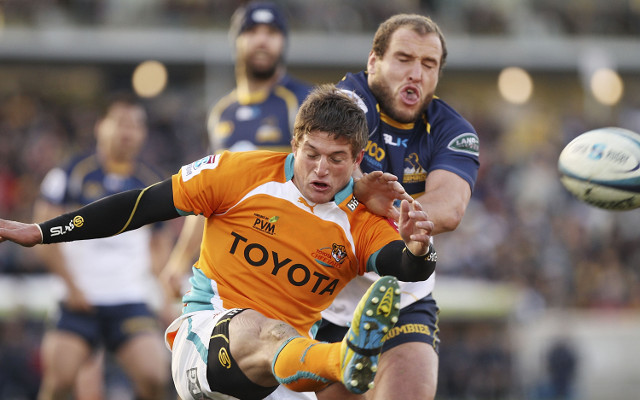 It was more heartbreak for the Bloemfontein-based Cheetahs, who have still to win after six trips to Canberra, but they have lost their last two games in the national capital by a point and now two points.

The Cheetahs scored the only tries of a gruelling battle through centre Johann Sadie and Benjamin, while Smit landed just one penalty from four kicks at goal.

The Brumbies’ points all came from penalties, with Wallaby back Christian Lealiifano landing four from six and scrum-half Nic White succeeding with a long-range attempt.

The Cheetahs made the only two linebreaks of a grimly-fought qualifier, with the Brumbies needing to defend resolutely inside their own quarter in the last five minutes to win through to the last four of the Southern Hemisphere provincial tournament. 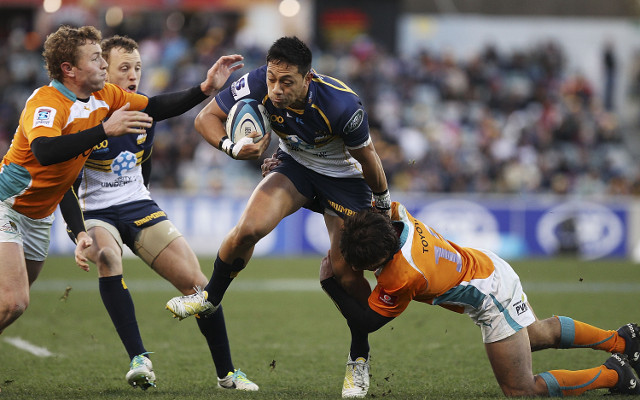 “You are always worrying when a South African guy is having a kick at goal because they are usually dead on the money and fortunately for us it fell our way there,” Brumbies skipper Ben Mowen said.

“I thought there were moments throughout the game when we played some really good rugby. We spoke in the dressing room beforehand about being enthusiastic and out-willing them in those moments, and I thought for the majority of the game we did that.” 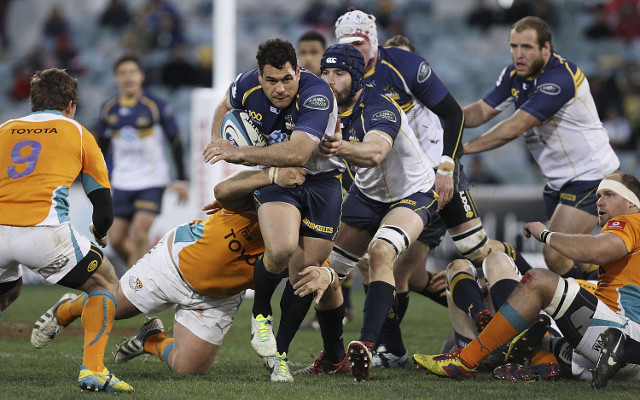 Cheetahs captain Adriaan Strauss justified his decision to opt for two tap penalties and go after the converted try in the final minutes, rather than shoot for a penalty goal and reduce the margin to less than a try.

“We’re very disappointed to lose tonight and I’m proud of the guys. We had a much better season this year,” Strauss said.

“We struggled to get into their half, especially in the second half, and we were losing a lot of ball and giving away penalties. So we thought let’s give it a go and I think it worked out well. It gave us that opportunity at the end and we couldn’t just get the draw.”

The Brumbies led 6-5 at halftime after Sadie scored a well-worked try off a Cheetahs lineout win, with Raymond Rhule splitting the defence off a Willie le Roux long pass.

Scrum-half Sarel Pretorius made a difference coming off the bench in the second half for the Cheetahs with his speed and passing around the rucks. It was his long pass that put Benjamin over in the corner.

The Brumbies are in their first playoff series since 2004 when they downed the Canterbury Crusaders in the final, while the Cheetahs were playing in their first finals.