Australian side lucky to escape with victory with referee blunder proving costly for the Bulls.

Christian Lealiifano kicked the ACT Brumbies to a controversial 23-20 Super 15 victory over South Africa’s Northern Bulls with a penalty goal after the full-time siren in Canberra.

The Bulls had levelled the scores at 20-20 only minutes earlier before referee Jonathon White penalised Bulls captain Pierre Spies for not releasing the ball in a ruck.

Television replays showed Brumbies scrum-half Nic White lying over the ball to indicate that the South Africans instead should have been awarded the penalty.

Centre Lealiifano landed the 43-metre kick to snatch the Brumbies a thrilling victory and stay top of the overall tournament standings after champions Waikato Chiefs had beaten the Auckland Blues earlier in New Zealand.

The Bulls trailed 14-3 at halftime but hit back with second-half tries from winger Jurgen Visser and centre JJ Englebrecht leaving Springbok fly-half Morne Steyn with a successful pressure conversion kick from wide out to level the scores. 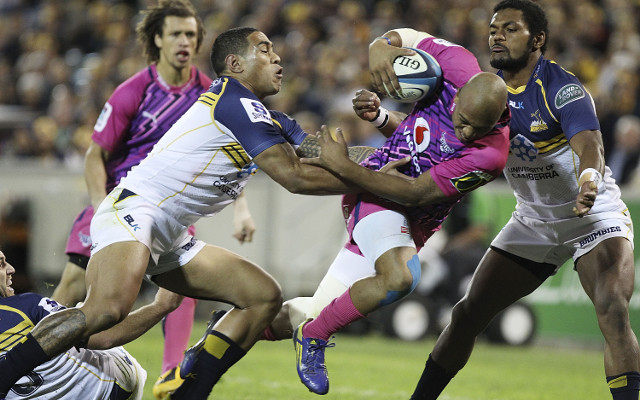 The match looked destined for a draw until referee White whistled an infringement against the Bulls, setting up Lealiifano with the chance to win the match after the siren.

The Bulls went down for the second straight week to a penalty kick after the siren following their 30-27 loss to the NSW Waratahs in Sydney.

“Clearly offside, definitely, we just looked at it,” Ludeke said.

“I’ve just seen those guys going before the ball is out, to charge Morne (Steyn) down, they knew Morne was going to kick.

“But you know that’s the game, it would have given us another point, but that’s life.

“We don’t want to give it energy, the whole season is ahead of us, it was a great effort and we’re going to go with that.” 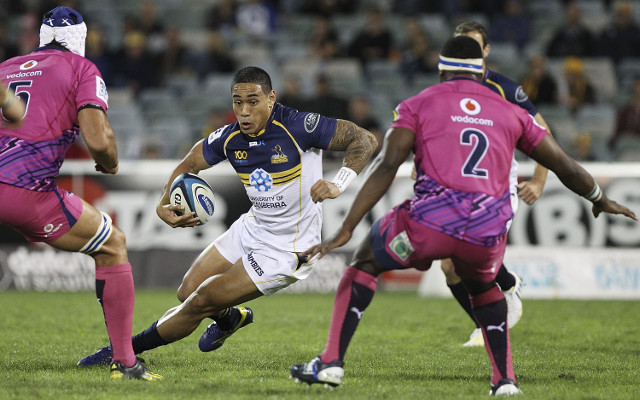 Spies said he was proud of the way his undermanned team fought back in the second half after having loosehead prop Morne Mellett yellow carded for repeated scrum infringements in the 63rd minute.

“There’s a lot of things we can take out of this tour, a lot of good experience gained, but we have to fight back when we get back home,” Spies said.

The Brumbies faded in the second half after their trip back this week from their South African tour.

“It’s not easy to win on the road, but the Bulls pushed it right down to the wire and I’m glad with the way our guys stuck to it,” Brumbies skipper Ben Mowen said.

“We had one opportunity to train this week so trying to address attack issues when you’ve come off a hard loss is a challenge coming back from Africa.

“I’m really proud of the way the guys showed up this week. It wasn’t an easy week to prepare, and to get a result like that is huge for us.”

The Brumbies 2007 World Cup-winning Springbok coach Jake White said it was just one call that could have gone either way in a tough encounter.

“The margins are so small in this competition that those sort of calls, if they go for you that’s fantastic,” White said.