Colleen Ramsey has taken to Instagram to celebrate her one-year anniversary to Arsenal midfielder Aaron.

The 24-year-old married his childhood sweetheart at Caldicot Castle in his native Wales, on June 8th 2014.

Footballing friends Gareth Bale, Theo Walcott and Craig Bellamy were all said to be at the ceremony, which was followed by a romantic honeymoon in Venice.

To mark their first 12 months as a married couple, Colleen posted this picture of the pair enjoying a picturesque seaside backdrop, along with the caption: “One year today” #anniversary.

You will have to trust us that this is indeed them looking blissfully happy in this sunset shot! 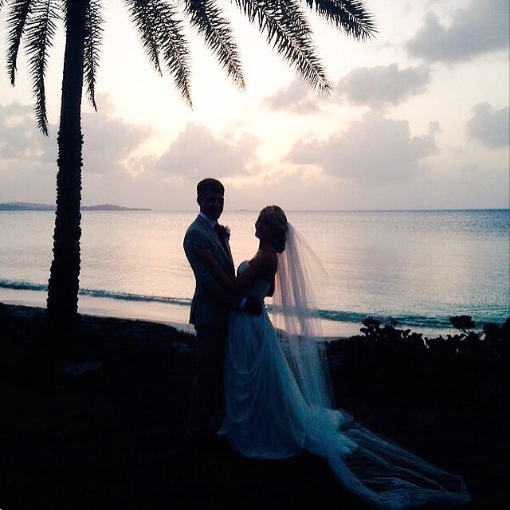 Ramsey, who joined Arsenal from Cardiff City in 2008, scored six goals in 29 games last season as the Gunners finished third in the Premier League table.