Sports video app
(Tweets) Former teammate of Aaron Hernandez says the convicted murderer is “not the guy I knew”
Five Most Infamous Killers in NFL History: Aaron Hernandez amongst those to walk on dark side of football

He has been sentenced to life in prison for these murder charges, and Hernandez was visibly disappointed with the verdict as he was seen mouthing “you’re wrong” to the judge.

Hernandez is currently being held in a temporary facility so that he can be mentally evaluated before he is placed in a permanent prison with inmates.

The prison officials are placing the former Pro Bowl tight end on suicide watch for the time being after his verdict, according to TMZ Sports.

Hernandez has fallen a long way since his football career began, as he helped lead the Florida Gators to a BCS national championship in the 2008 season.

The Patriots drafted him in the fourth round after he fell to due to character concerns, and they gave him a $40 million contract extension after he became a key weapon in the Patriots offense. 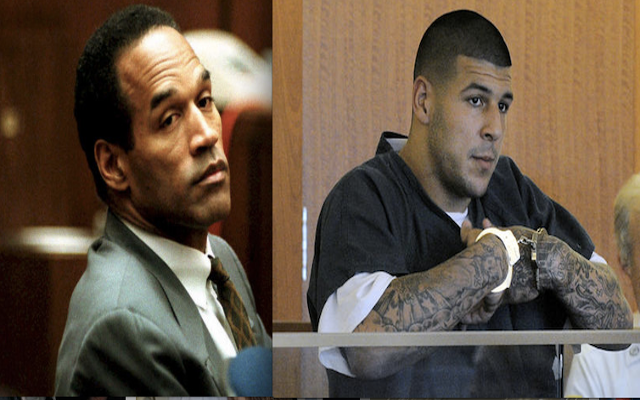