Five different ways Man United can line up this season.

A look at five ways Manchester United could line up this season, with a number of new signings competing for various different roles in the team, giving Louis van Gaal plenty of options… 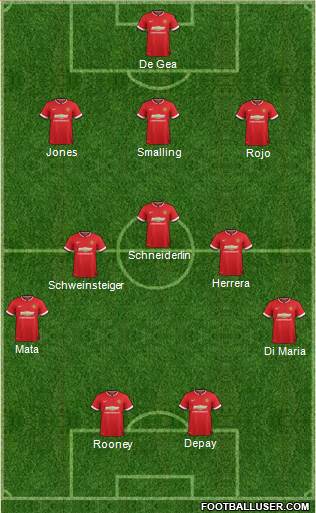 A formation United used a lot last season, with mixed results, the club’s new signings could fit in well together in a 3-5-2, with Memphis Depay and Wayne Rooney partnering each other up front, though this doesn’t currently leave much depth in the striker department unless more signings are brought in.